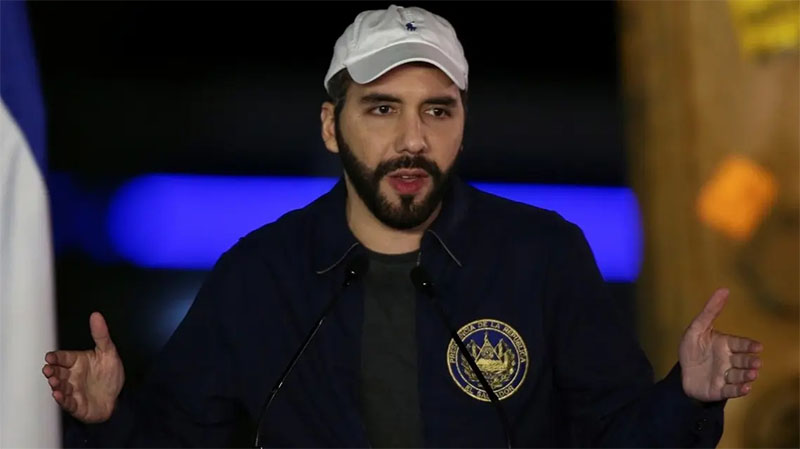 El Salvadoran President Nayib Bukele asked lawmakers to extend the country’s state of emergency for a month on Sunday, as police said that more than 16,000 gang members had been arrested since it was imposed.

“I am calling the Council of Ministers to ask the Legislative Assembly to extend the (state of emergency) for another 30 days,” Bukele said on Twitter.

Ernesto Castro, president of the Legislative Assembly — controlled by Bukele’s ruling party — summoned members to a plenary session on Sunday at 2.00 pm (2000 GMT).

The move followed a weekend in which 87 people were killed in gang-related violence.

The measure restricted free assembly, allowed for arrests without a warrant, and increased sentences for gang membership to up to 45 years.

Police said they captured 590 gang members Saturday, and had made 16,053 arrests since the start of the crackdown.

“More than 16,000 terrorists taken off the streets, in only 29 days. We continue… #WarAgainstGangs,” Bukele tweeted on Sunday.

The wave of detentions is unprecedented in a country that has suffered decades of violent crime driven by powerful gangs such as Mara Salvatrucha (MS-13) and Barrio 18.

The country’s gangs have about 70,000 members in El Salvador, of which 32,000 are now incarcerated as a result of the crackdown, according to authorities.

As part of the crackdown, lawmakers approved a reform that allows jail terms of up to 15 years for disseminating gang-related messages in the media, which journalists warned could criminalize certain forms of reporting.

This week, El Salvadoran NGOs asked the judiciary to declare the reform unconstitutional.

Bukele said on Thursday that “91 percent of Salvadorans support our actions against gang members, according to the latest poll published today by Gallup.”