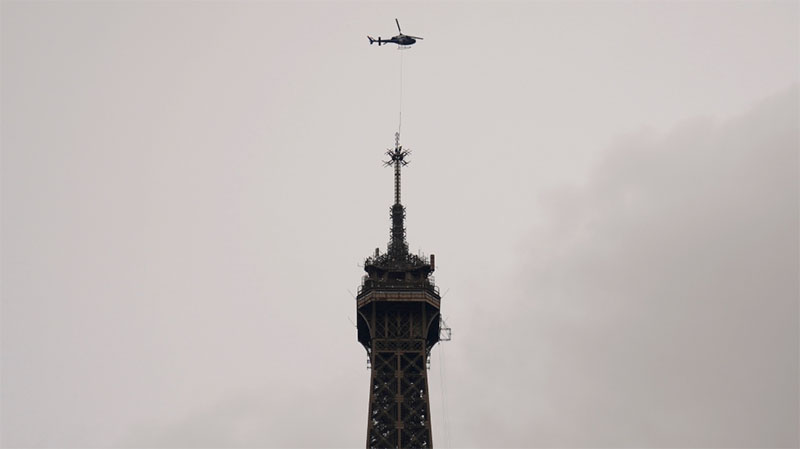 PARIS — The Eiffel Tower grew by six metres (nearly 20 feet) on Tuesday after engineers hoisted a new communications antenna at the very top of France’s most iconic landmark.

Tourists watched from the Trocadero esplanade as the new digital radio antenna was helicoptered up. With the new antenna, the Eiffel Tower grew from 324 metres (1,063 feet) tall to 330 metres (1,083 feet).

“It’s a historical moment this morning, because the Eiffel Tower is getting higher, which is not so common,” he said.

“From the invention of the radio at the beginning of the 20th century to right now, decades after decades, the Eiffel Tower has been a partner for all the radio technology,” Martins said.