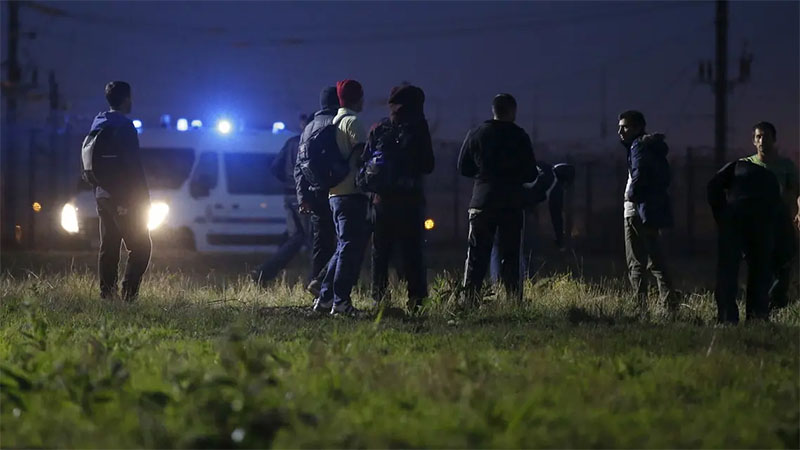 An Egyptian migrant has died after being shot at by French police who tried to stop a van that had rammed through immigration controls on the Italian border, prosecutors said Thursday.

The issue of police violence has been thrust into the heart of a tight French parliamentary election battle after a string of deaths caused by police in recent months.

Italian authorities had warned that a van carrying illegal migrants was in the town of Sospel, on the French side of the border with Italy.

French border police chased the van after it refused to stop until another police team intervened 30 kilometers (20 miles) away.

Police said the van accelerated in their direction, prompting a police officer to use his weapon four times to stop the vehicle.

The van was then found abandoned in Nice, after the driver and two passengers fled from the scene.

Five migrants were found in the truck, including the Egyptian injured by a bullet to the head who was urgently transferred to a nearby hospital.

Earlier this month, police shot a woman dead in a car in northern Paris after the vehicle failed to stop when summoned by officers and then allegedly drove towards them at speed.

And hours after President Emmanuel Macron celebrated his re-election on April 24, police shot dead two men who sped past them in their car in the hope of evading checks.