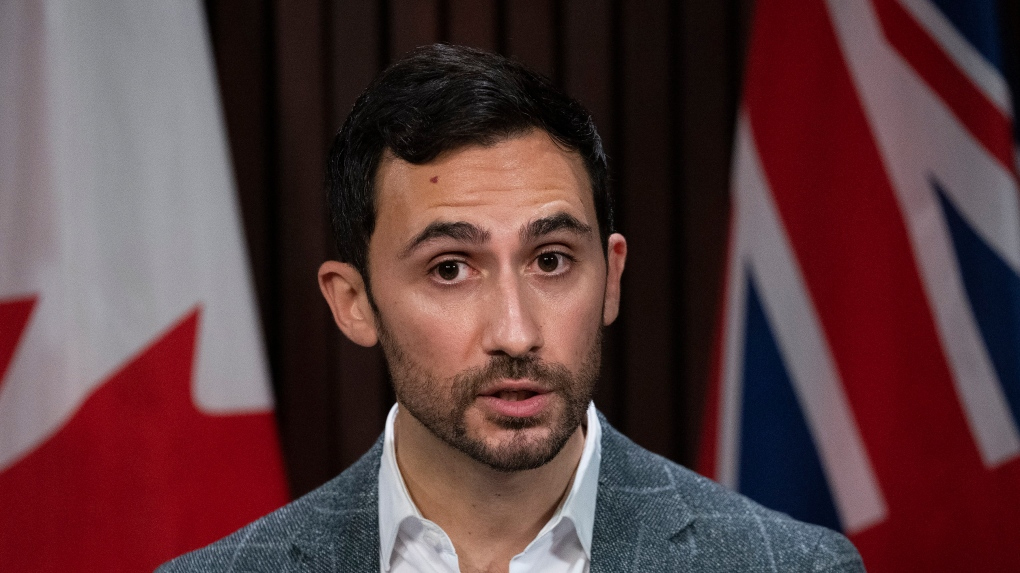 A union representing tens of thousands of school support workers is vowing to hold a province-wide day of protest on Friday, even as the government formally tables legislation intended to block them from striking.

Education Minister Stephen Lecce preventively tabled legislation on Monday afternoon which will “terminate any on-going strike” by the Canadian Union of Public Employees and instead impose a new four-year collective agreement on the approximately 55,000 members represented by the union.

But in a news conference held at Queen’s Park following the tabling of the “Keeping Students in Schools Act,” CUPE Ontario President Fred Hahn promised that school support staff still intend to walk off the job on Friday as part of a day of protest.

On Monday night, the Toronto District School Board (TDSB) said it “will have no option but to close all schools for in-person learning” on Friday if the walkout goes ahead.

The board is asking all parents and guardians to seek alternate arrangements for their kids.

“This is not a decision that we take lightly and we have explored every possible contingency plan to keep schools open,” the TDSB said in an e-mail to parents.

“Student supervision and safety are our top priorities and without the important services of these school-based employees, we cannot guarantee that our learning environments will remain safe and clean for all students.”

At this point it remains unclear whether the planned job action will continue on Monday. Asked about the possibility of a prolonged wildcat strike, the president of CUPE’s Ontario School Board Council of Unions Laura Walton would only say that “will be left up to what happens.”

“On Friday, regardless of what this legislation says our members will be engaging in a province-wide protest. That means no CUPE education workers will be at work. Instead we will be taking a stand for public education for ourselves and for our future,” Hahn said. “Our union and others have been effective in challenging governments in the courts and we won but all too late for workers. Enough is enough. We may in fact challenge this in court but we are first going to challenge it in our communities. We are not going to allow our rights to be legislated away.”

The move to introduce back-to-work legislation comes one day after CUPE provided the required five days of notice to formally begin job action.

While CUPE has vowed to fight the legislation, the Ford government has indicated that it will invoke the notwithstanding clause to protect the bill from legal challenges.

Speaking with reporters, Hahn said that the government’s intention to not only introduce back-to-work legislation but also impose a collective agreement is a “monstrous overreach” using the “heaviest hammer imaginable.”

“They didn’t just prevent a strike, they didn’t just say ‘off to arbitration with you,’ they are writing the collective agreement for workers,” Hahn said. “You can’t just do that and not face repercussions.”

WORKERS WHO WALK OFF JOB COULD BE FINED

If passed, the bill will allow for fines to be issued against any individual or bargaining agency that either participates in a strike or “authorizes or threaten to call or authorize a strike.”

Those fines cap out at $4,000 for individuals. However, steeper fines of up to $500,000 could be levelled against the union itself under the legislation.

“There are consequences and we have shared those with our members but I think there is also consequences for not fighting,” Walton said. “At what point as people in Ontario do we stand up and say enough is enough?”

The workers represented by CUPE have been without a collective agreement since Aug. 31 and despite several rounds of talks, a new one has yet to be negotiated.

Among other things, CUPE wants a yearly wage increase of $3.25/hour (11.7 per cent), early childhood educators in every kindergarten class, five additional paid days before the start of the school year, 30 minutes of paid daily prep time, an increase in overtime pay, and a $100 million investment in new job creation.

“We increased our offer, we provided something that I thought was quite fair and they (the union) have proceeded on a path to a strike,” Lecce told reporters during a news conference on Monday afternoon. “If we did not introduce legislation now, this afternoon, there would have been a strike on Friday. Think of what these kids have gone through. Speak to the pediatric hospitals and the mental health wards. Is it not the obligation of government to stand up for them, to give them a voice, to ensure some continuity in their lives?”

Lecce said that the government would have preferred to get a “voluntary agreement” but felt that back-to-work legislation was the only way to ensure that students would remain in classrooms, following two years of pandemic disruption.

As for Friday’s planned day of protest, the education minister said that he is hopeful that support workers will “do the right thing.”

“I do hope that common sense will prevail, that the interest of kids will prevail and that those workers will be in school on Friday,” he said.

LEGISLATURE TO MEET BRIGHT AND EARLY ON TUESDAY

Government House Leader Paul Calandra has said that the legislature will begin meeting at 5 a.m. on Tuesday in order to speed up the passage of the bill.

Hahn said that if the bill is in fact enacted into law prior to Friday and it becomes it’s illegal to strike, members will simply be participating in a “political protest.”

Negotiations with the province’s other education sector unions are continuing but the Elementary Teachers Federation cancelled a planned bargaining session on Monday following the tabling of the bill.

“On this of all days, ETFO could not, in good conscience, sit across the table from the government, and so we ended negotiations for the day,” a statement from the union notes. “In creating legislation that imposes a contract on CUPE members, the Ford government has chosen the most draconian manner of legislating away two fundamental rights protected by the Canadian Charter of Rights and Freedoms: the right to bargain collectively, and the right to strike.”

1 dead, another in hospital after shooting outside Toronto high school