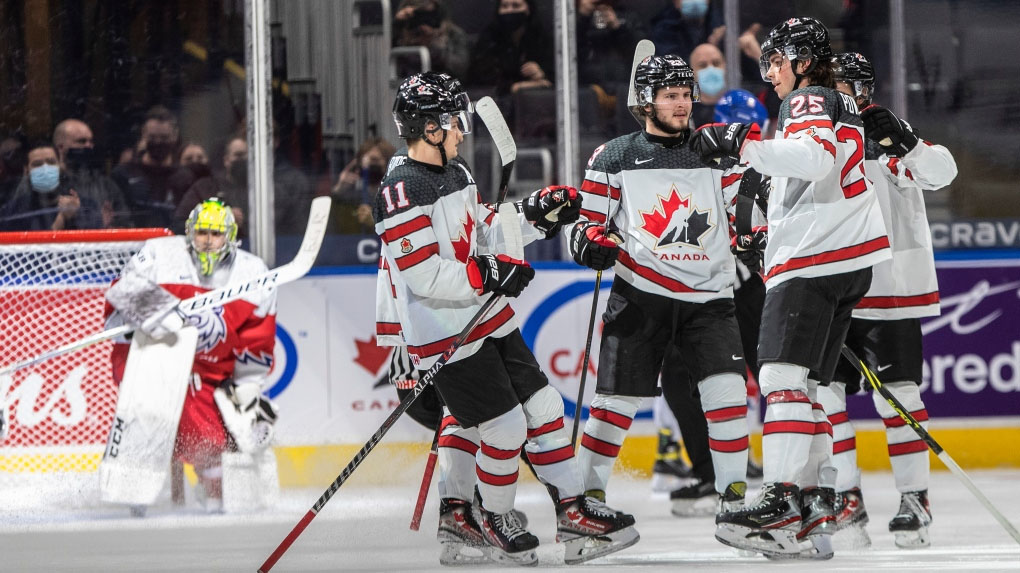 The World Junior Hockey Championship will be rebooted in August, with all of the games being played in Edmonton.

The 2022 tournament was postponed, mid-event, on Dec. 30 because of COVID-19 outbreaks. At the time, the International Ice Hockey Federation (IIHF) determined that “the sportive integrity of the event had been compromised.”

According to the IIHF, the tournament will be played from Aug. 9 to 20, and Red Deer will not host any games this time around.

Fans who purchased tickets in 2021 will receive “front-of-the-line access” for the rescheduled event, with sales expected in April.

“We are excited the IIHF is interested in bringing back the 2022 World Junior Championship to Rogers Place and Edmonton’s ICE District,” said Tim Shipton of Oilers Entertainment Group.

“We will share more concrete details once they are confirmed by the IIHF.”

The competition was shut down in December, and the players returned home after three games were forfeited in two days, because of coronavirus cases amongst players.

Officials with the Red Deer Rebels declined to comment.

“Further discussions will soon be held with the participating teams on the staging of the World Juniors on details surrounding the organization and logistics,” the IIHF said in a statement Saturday.

The results of matches from December 2021 will not count toward the standings of the new tournament, the IIHF added.

All of the same players, even if they are no longer under the age of 20, will remain eligible to compete.

Group A will include Sweden, Germany, Switzerland, Austria, and the U.S.

Canada will play in Group B, alongside Finland, Czechia, Slovakia, and Latvia.

Russia will not be eligible to compete after the IIHF suspended competitors from that country amid the invasion of Ukraine.

Vaccine Hunters Canada winds down operations for a second time