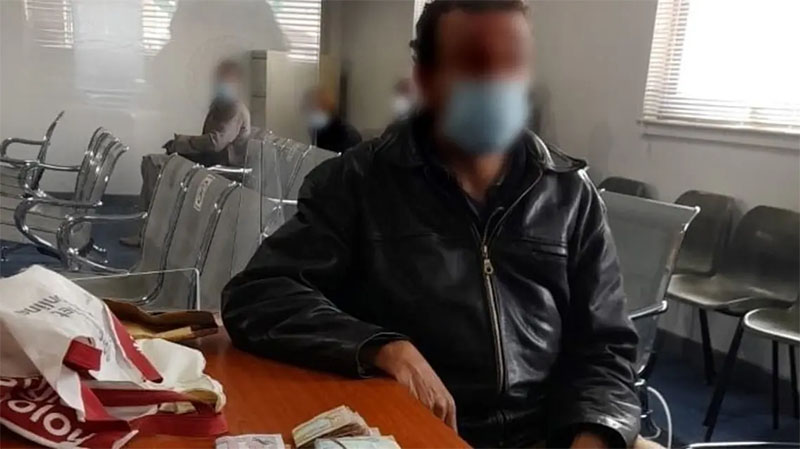 The police force posted a picture on social media on Sunday purporting to show a beggar with bundles of cash of different currencies and denominations including large bundles of 500 dirham notes, as well as a variety of coins and several mobile phones.

No further details about the suspect’s identity or the extent of their crimes were released.

The arrest was reportedly made under the emirate’s anti-begging campaign entitled “Begging is a Wrong Concept of Compassion.”

“There are official and charitable entities and authorities ready to help the needy, which we, at Dubai Police urge whomever in need of financial aid to turn to,” Colonel Ahmed al-Adidi, Acting Director of Anti-Infiltrators at the General Department of Criminal Investigation, said in a statement.

Al-Adidi said that the police force’s campaign has had success in reducing the number of beggars in Dubai thanks to the strict measures police have taken.

“There are people who attempt to justify their illegal behavior with their financial desperation. However, that is illegal and punishable according to Federal Law No. 9 of 2018 on anti-begging,” he added.

He also urged the public to report beggars to the toll-free number 901 or through the Dubai Police app.