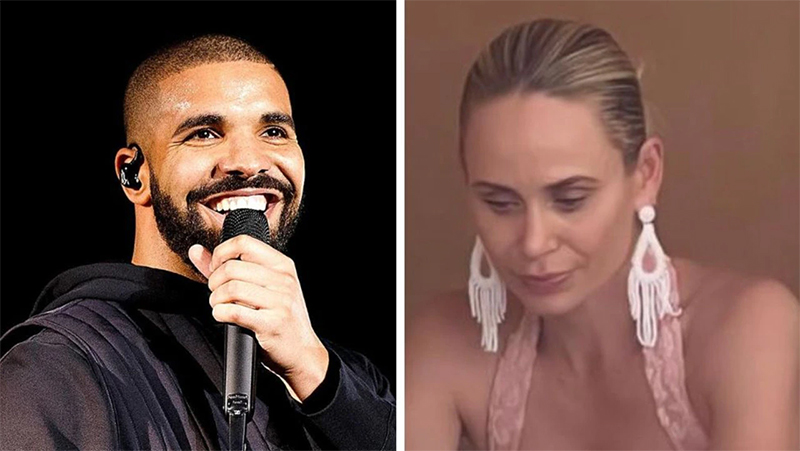 The woman who caught Canadian superstar Drake’s eye at a French restaurant has been revealed as an Australian maths teacher and mum-of-one.

Drake, 35, sent fans into a spin this week when he shared a picture to his Instagram Stories from within Gigi Restaurant in St Tropez of a beautiful blonde woman, who was seemingly unaware of her effect on him.

He captioned it: “Tried to airdrop this woman a pic of herself ‘cause she’s a dime.”

According to Saturday Confidential, the woman in the image is public relations assistant-turned-maths teacher, Dearne Cooper, who is currently holidaying in the coastal town with her electrician partner Nathan Wynn, and their newborn son Henri.

She appeared completely oblivious to the picture being taken of her and shared by Drake, who has previously dated the likes of Rihanna and Jennifer Lopez, and boasts 117 million Instagram followers.

However, it’s not Cooper’s first brush with fame: she was previously linked with then-NRL star Jarryd Hayne back in 2006.

Saturday Confidential quoted an insider describing how “stunning girls” were circling Drake at the French restaurant, but he had “heavy security” keeping them at bay – and was “pretty much oblivious” to the attention he was attracting as he “couldn’t take his eyes off Dearne”.