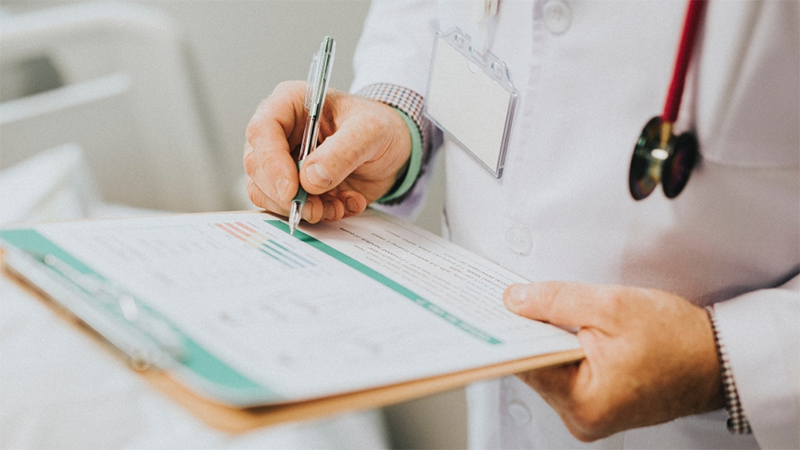 Doctors are among those calling for tighter regulation of sodium nitrite as a growing number of Canadians are dying after intentionally ingesting unsafe quantities of the common food preservative in its pure form.

Sodium nitrite, not to be confused with naturally-occurring sodium nitrate, is a synthetic curing salt. It’s commonly used to preserve meats, but can be lethal when ingested in certain doses. Forensic pathologists say people with intent to self-harm have been purchasing it online following advice found in pro-suicide forums for several years.

Ontario saw at least 23 sodium nitrite poisoning deaths in 2019 and 2020, according to a study released in 2021 by scientists from the Ontario Forensic Pathology Service (OFPS).

Dr. Tyler Hickey, lead author of the study, told CTVNews.ca “almost all” of those deaths were ruled to be intentional.

Hickey encountered his first death by sodium nitrite poisoning in 2019, while working as a forensic pathology fellow in Toronto.

“Prior to that time, I’m not sure I had any familiarity with these substances being used in this way,” he told CTVNews.ca.

As a forensic pathologist, part of Hickey’s job is to monitor the ways people die, and then share that information with public health systems.

“Noting that there appeared to be a newer and novel way people were ending their lives, I did a bit more reading around the topic and around those first couple cases,” he said, “and it was through that reading that I learned more about these support groups.”

From what he’s seen, though, Hickey believes the trend is growing.

For several years, sodium nitrite has been promoted in pro-suicide online communities like the ones Hickey discovered, due to its availability via online vendors and consumer marketplaces like Amazon.

Sodium nitrite is permitted as a food additive in Canada, and is subject to Food and Drug regulations to ensure it is in quantities that are safe for consumption. However, Hickey believes lawmakers should weigh its value as an easily-accessed food preservative against its danger.

“I think one of the questions that needs to be asked is…is the value of [sodium nitrite] being freely accessible for certain uses outweighed by the potential dangers it might start to have in society if people are using it for ways to harm themselves?” he said. “And maybe there should be restriction around its accessibility both within Canada and perhaps being ordered from outside Canadian borders.”

There are no regulations in Canada that prevent individual consumers from purchasing sodium nitrite, either for its intended use or for self-harm.

Atreya is an associate professor of forensic medicine and toxicology in Nepal, and co-author of a case report published in April 2021 about a 37-year-old man who ingested sodium nitrite bought from Amazon. He believes governments around the world should put regulatory barriers between the average consumer and sodium nitrite, and that manufacturers should be accountable for the safe distribution of the food preservative.

“It’s a sad state of affairs that sodium nitrite can be easily purchased over the counter,” Atreja told CTVNews.ca in an email, adding that the compound should be treated with the same regulatory care as antibiotics and opioid analgesics, which are not sold without a prescription.

He said other approaches to restricting access could include only allowing it to be sold to firms and industries that use it for food processing; requiring distributors to keep a database with information about each individual buyer and the volume purchased; and requiring buyers to fill out a questionnaire “that would both warn of its harmful potential and screen for suicidal tendencies for anyone who is buying it.”

Some countries have already introduced barriers to access and exposure for sodium nitrite. For example, the United Kingdom lists sodium nitrite as a “reportable substance,” which means sellers must report suspicious purchases to authorities, and France is gradually cutting nitrites in food.

When asked what Health Canada is doing to address intentional sodium nitrite poisonings, the agency said in an emailed statement its focus is on promoting mental health and wellness. It has also provided guidance to hospitals about how to treat sodium nitrite poisoning, for example, by administering a fast-acting antidote known as methylene blue.

For NDP MP Gord Johns, that’s not enough. Johns agrees with Atreya that the federal government needs to explore a regulatory response to the issue.

“We should make it harder for people to access methods [of suicide] that make it very easy to cross a point of no return, like fire arms or sodium nitrite,” said Johns, who is the party’s critic for mental health and harm reduction.

What Johns wants most is swift action by the federal government on promises it has made around supporting mental health and addressing the root causes of depression and self-harm.

He pointed out that the Liberal government has yet to deliver on a 2018 motion by NDP MP Charlie Angus to create a national suicide prevention action plan. That motion received support by the Liberals and passed unanimously. In its 2020 Federal Framework for Suicide Prevention progress report, the federal government said it was “supporting the development of the Action Plan while emphasizing current federal initiatives in suicide prevention” and that it would provide updates on the progress of the plan every two years.

REGULATION VERSUS LITIGATION
In the United States, bereaved families are using litigation to demand more accountability from companies that produce or distribute sodium nitrite.

Texas resident Ruth Scott filed a lawsuit against Amazon earlier this year after her son, Mikael, died from an intentional sodium nitrite overdose in late December, 2020.

The lawsuit filed by C.A. Goldberg Victim Rights Law Firm alleges Mikael purchased the chemical on Amazon after learning about it on a suicide forum. It was his mother who found him upon returning home from work as a nurse on Dec. 27, 2020.

Scott said she tried on several occasions following her son’s death to inform Amazon. Eventually, per the lawsuit, she received a response from an employee named Marvin.

“I’m sorry about the trouble you had with the sodium nitrite…I am sorry for your loss,” the email read. “But at least your son is now on our God’s hand.”

Scott’s lawsuit argues Amazon knew, or should have known, it was selling sodium nitrite to customers who intended to use it to die by suicide, and that it failed to provide sufficient warnings about the chemical.

“Nowhere on the bottle or the website does Amazon inform consumers that the product’s ingestion can cause a prolonged, agonizing death,” it reads.

The lawsuit also provides images that show the website suggested other drugs and equipment used in the process of dying by sodium nitrite poisoning in its “Frequently bought together” feature.

In an email to CTVNews.ca, an Amazon Inc. spokesperson explained the company follows applicable laws and regulations when listing items for sale, and that it has rules for product reviewers and selling partners that prohibit any messaging promoting self-harm or harm against others. Further, searches for the word “suicide” present customers with a banner at the top of their search results with the phone number for Talk Suicide Canada.

“We extend our deepest condolences to the families and loved ones personally affected by suicide,” said Amazon spokesperson Samantha Boyd in an email to CTVNews.ca.

“Regarding sodium nitrite, it is commonly used to preserve foods such as meats and fish, and can also be used in laboratories as a reagent. It is a widely available product offered by retailers, and unfortunately, like many products, it can be misused.”

As of publication, high-concentration sodium nitrite no longer appears in top search results on the site, though mixtures of salt with up to 6.25 per cent sodium nitrite intended for curing meat still appear. Other online marketplaces, including Etsy and Ebay, have banned the chemical, according to the Canadian Medical Association Journal.

Related Topics:CanadaCanadianssodium nitrite
Up Next