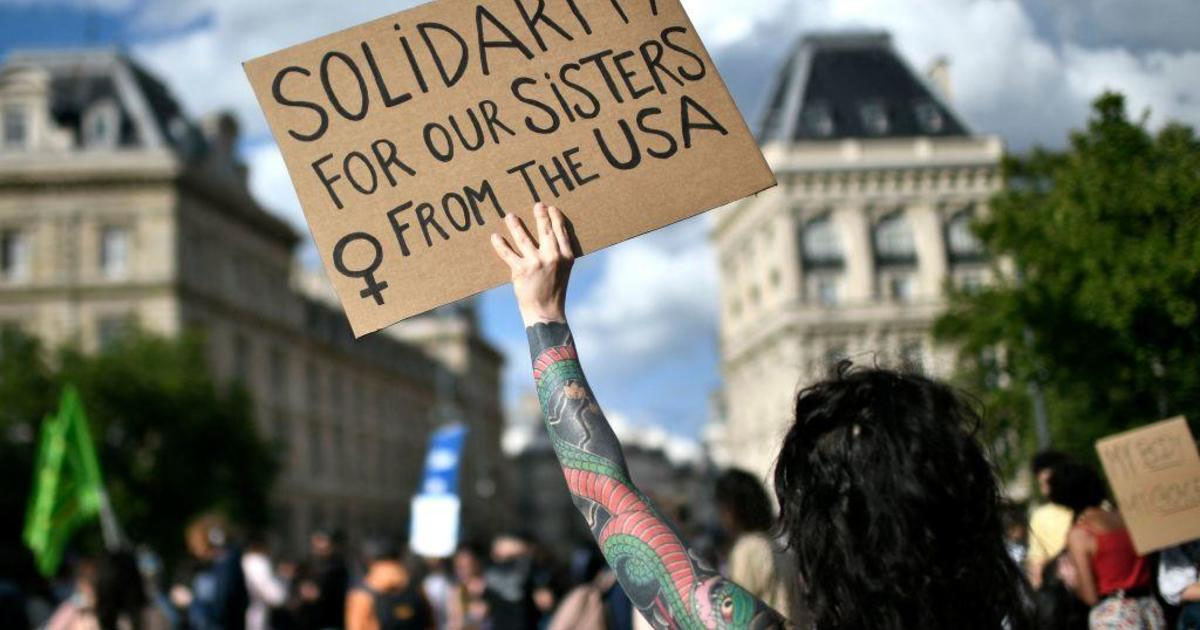 Prime Minister Justin Trudeau says the news out of the United States that the country’s Supreme Court has voted to end constitutional protections for abortion is “horrific.”

In a series of comments posted to Twitter on Friday, Trudeau said he “can’t imagine the fear and anger” Americans are experiencing right now.

“My heart goes out to the millions of American women who are now set to lose their legal right to an abortion,” Trudeau tweeted.

“No government, politician, or man should tell a woman what she can and cannot do with her body. I want women in Canada to know that we will always stand up for your right to choose,” he continued in a second tweet.

The ruling comes more than a month after the leak of a draft opinion that indicated the court was prepared to do so, bringing renewed attention to abortion rights on both sides of the border.
Speaking at a press briefing in Rwanda with Foreign Affairs Minister Melanie Joly, Trudeau said Canada will continue to fight to protect the rights of everyone after the “devastating setback” in the United States.

Joly said the move to overturn Roe v. Wade is a “reversal of hard-fought gains” for women. She called it “a dark day” and noted that “no country in the world, including Canada, is immune” to the effects of what happens in the United States.

Following the U.S. Supreme Court leak, the Liberal government announced in early May it plans to spend $3.5 million to improve abortion access in Canada.

The Liberals also promised last fall to bring in new regulations solidifying abortion access as a requirement for federal funding under the Canada Health Act.

However, Trudeau previously raised the spectre of enshrining abortion rights in legislation instead, making it more challenging for future governments to change such rights.

As it stands, there are currently no Canadian laws that explicitly guarantee access to abortion as a right.

While abortion was decriminalized in Canada in 1988 as a result of the landmark R. v. Morgentaler case in which the Supreme Court of Canada struck down a federal law, no legislation was ever passed to replace it, and the issue remains an ongoing topic of political conversation in this country.

Reacting to the news on Friday, NDP Leader Jagmeet Singh said the U.S. Supreme Court has effectively “walked back women’s rights” in that country, and implored the Liberal government further improve abortion access for Canadian women living on rural communities.

“These dangerous policies that threaten women’s health and women’s lives must not be allowed to take root in Canada,” Singh said in a statement.

In a statement issued Friday, Conservative interim leader Candice Bergen accused the Liberals of politicizing American abortion rights to divide Canadians, saying her party’s position on abortion has not changed.

“Access to abortion was not restricted under Prime Minister Stephen Harper, and the Conservative party will not introduce legislation or reopen the abortion debate,” read the statement in part.

Speaking during a press briefing from the White House, U.S. President Joe Biden expressed dismay and vowed to fight to restore abortion rights in that country, including defending a woman’s right to cross state lines to seek an abortion.

“Now with Roe gone, let’s be very clear, the health and life of women across this nation are now at risk,” Biden said.

He added the decision to overturn Roe v. Wade may threaten other high court decisions moving forward, including contraception and gay marriage rights.

“This is an extreme and dangerous path,” he warned.

21 COVID-19 deaths reported in Ontario over the last week