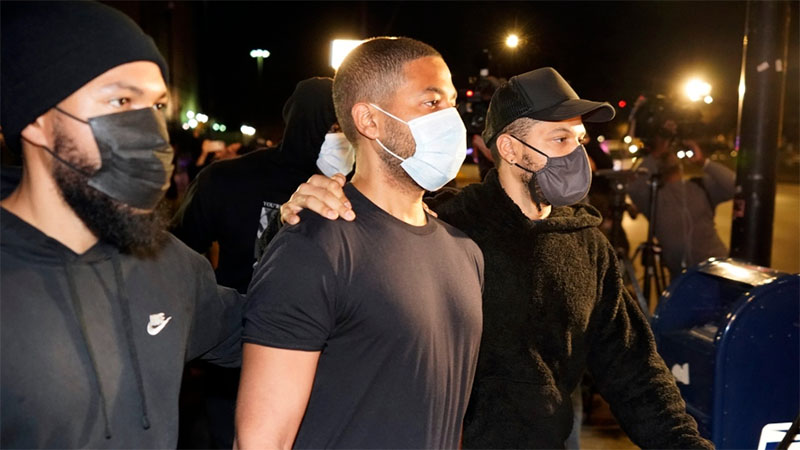 CHICAGO — A judge in Chicago ruled Friday that an attorney for Jussie Smollett might have defamed two Black brothers who testified that they participated in a fake racist and homophobic attack on the actor when she suggested they had been wearing “whiteface.”

Discussing how Smollett had told police that one of his attackers was white, Glandian said that the very dark-skinned brothers might have “put makeup on” to disguise their color. Further, she criticized Chicago police for their alleged failure to investigate an online video showing one of the brothers “in whiteface doing a joke monologue with white makeup on,”

Abimbola and Olabinjo Osundairo filed a defamation lawsuit, alleging that the comments were part of a effort to portray them as racist, homophobic and violent men who truly attacked Smollett.

On Friday, Rowland suggested that Glandian’s comments could be seen as defamatory, an apparent attempt by the lawyer to “dispel the inconsistency in Smollett’s story (the attackers had light skin) and bolster her contention that the plaintiffs (who are not light skinned) were Smollett’s attackers.”

“Taken in context, Glandian was asserting plaintiffs’ involvement in a racially motivated attack,” Rowland wrote. “Explaining that the attackers were white, read in context, adds the implication that the attack was a hate crime.”

The ruling means that the defamation count against Glandian could go to trial.

“They look forward to their day in court and will continue defending themselves against other defamatory remarks,” the brothers’ attorney, Gloria Rodriguez, told the Chicago Tribune.

A call to Glandian at her Los Angeles office was not immediately returned.

The ruling is the latest legal twist in a story that has been chock full of them. It started with a search for attackers that turned into an investigation of Smollett and felony charges against the actor for allegedly lying to police. Authorities said he hired the brothers to carry out a fake attack.

Just last week, three months after a jury found him guilty of felony disorderly conduct, a judge sentenced the actor to 150 days in jail. Smollett was six days into his sentence on Wednesday when an appeals court ordered his release from custody pending an appeal of his conviction and sentence.