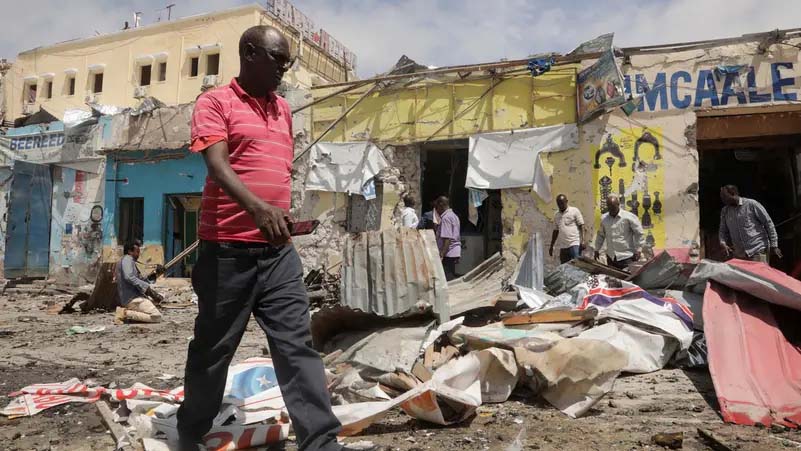 The number of civilians killed in a 30-hour siege by al-Shabaab extremists at a hotel in Somalia’s capital Mogadishu has climbed to 21, Health Minister Ali Haji Adan said Sunday.

“The ministry of health has so far confirmed the deaths of 21 people and 117 people wounded” in the gun and bomb attack by the al-Qaeda-linked group that began on Friday evening and lasted over a day, he said.

Dozens of hostages were freed during the course of the siege, a senior police commander said, without providing more details.