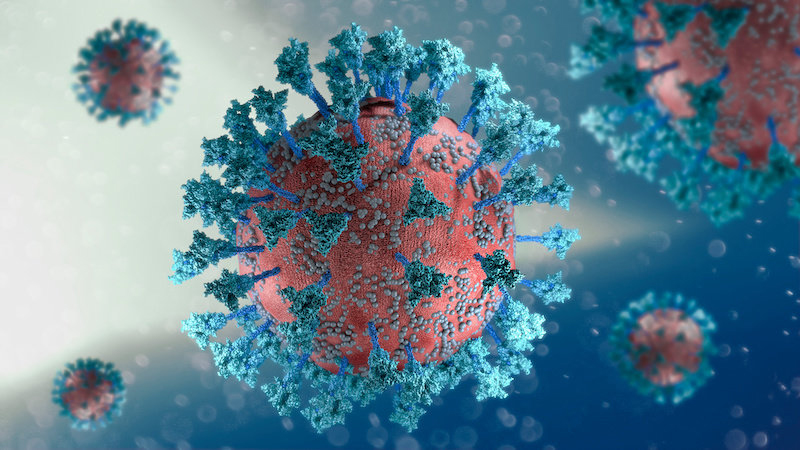 An international team of researchers has confirmed that live animals sold at the Huanan Seafood Wholesale Market were the likely source of the COVID-19 pandemic that has claimed 6.4 million lives since it began nearly three years ago.

Led by University of Arizona virus evolution expert Michael Worobey, international teams of researchers have traced the start of the pandemic to the market in Wuhan, China, where foxes, raccoon dogs and other live mammals susceptible to the virus were sold live immediately before the pandemic began. Their findings were published Tuesday in two papers in the journal Science, after being previously released in pre-print versions in February.

The publications, which have since gone through peer review and include additional analyses and conclusions, virtually eliminate alternative scenarios that have been suggested as origins of the pandemic. Moreover, the authors conclude that the first spread to humans from animals likely occurred in two separate transmission events in the Huanan market in late November 2019.

One study scrutinized the locations of the first known COVID-19 cases, as well as swab samples taken from surfaces at various locations at the market. The other focused on genomic sequences of SARS-CoV-2 from samples collected from COVID-19 patients during the first weeks of the pandemic in China.

The first paper, led by Worobey and Kristian Andersen at Scripps Research Institute in San Diego, California, examined the geographic pattern of COVID-19 cases in the first month of the outbreak, December 2019. The team was able to determine the locations of almost all of the 174 COVID-19 cases identified by the World Health Organization that month, 155 of which were in Wuhan.

Analyses showed that these cases were clustered tightly around the Huanan market, whereas later cases were dispersed widely throughout Wuhan — a city of 11 million people. Notably, the researchers found that a striking percentage of early COVID patients with no known connection to the market — meaning they neither worked there nor shopped there — turned out to live near the market. This supports the idea that the market was the epicenter of the epidemic, Worobey said, with vendors getting infected first and setting off a chain of infections among community members in the surrounding area.

“In a city covering more than 3,000 square miles, the area with the highest probability of containing the home of someone who had one of the earliest COVID-19 cases in the world was an area of a few city blocks, with the Huanan market smack dab inside it,” said Worobey, who heads UArizona Department of Ecology and Evolutionary Biology.

This conclusion was supported by another finding: When the authors looked at the geographical distribution of later COVID cases, from January and February 2020, they found a “polar opposite” pattern, Worobey said. While the cases from December 2019 mapped “like a bullseye” on the market, the later cases coincided with areas of the highest population density in Wuhan.

“This tells us the virus was not circulating cryptically,” Worobey said. “It really originated at that market and spread out from there.”

In an important addition to their earlier findings, Worobey and his collaborators addressed the question of whether health authorities found cases around the market simply because that’s where they looked.

“It is important to realize that all these cases were people who were identified because they were hospitalized,” Worobey said. “None were mild cases that might have been identified by knocking on doors of people who lived near the market and asking if they felt ill. In other words, these patients were recorded because they were in the hospital, not because of where they lived.”

To rule out any potentially lingering possibility of bias, Worobey’s team took one further step: Starting at the market, they began removing cases from their analyses, going farther in distance from the market as they went, and ran the stats again. The result: Even when two-thirds of cases were removed, the findings were the same.

“Even in that scenario, with the majority of cases, removed, we found that the remaining ones lived closer to the market than what would be expected if there was no geographical correlation between these earliest COVID cases and the market,” Worobey said.

The study also looked at swab samples taken from market surfaces like floors and cages after Huanan market was shuttered. Samples that tested positive for SARS-CoV-2 were significantly associated with stalls selling live wildlife.

The researchers determined that mammals now known to be susceptible to SARS-CoV-2, including red foxes, hog badgers and raccoon dogs, were sold live at the Huanan market in the weeks preceding the first recorded COVID-19 cases. The scientists developed a detailed map of the market and showed that SARS-CoV-2-positive samples reported by Chinese researchers in early 2020 showed a clear association with the western portion of the market, where live or freshly butchered animals were sold in late 2019.

“Upstream events are still obscure, but our analyses of available evidence clearly suggest that the pandemic arose from initial human infections from animals for sale at the Huanan Seafood Wholesale Market in late November 2019,” said Andersen, who was a co-senior author of both studies and is a professor in the Department of Immunology and Microbiology at Scripps Research.

Virus likely jumped from animals to humans more than once

The researchers combined epidemic modeling with analyses of the virus’s early evolution based on the earliest sampled genomes. They determined that the pandemic, which initially involved two subtly distinct lineages of SARS-CoV-2, likely arose from at least two separate infections of humans from animals at the Huanan market in November 2019 and perhaps in December 2019. The analyses also suggested that, in this period, there were many other animal-to-human transmissions of the virus at the market that failed to manifest in recorded COVID-19 cases.

The authors used a technique known as molecular clock analysis, which relies on the natural pace with which genetic mutations occur over time, to establish a framework for the evolution of the SARS-CoV-2 virus lineages. They found that a scenario of a singular introduction of the virus into humans rather than multiple introductions would be inconsistent with molecular clock data. Earlier studies had suggested that one lineage of the virus — named A and closely related to viral relatives in bats — gave rise to a second lineage, named B. More likely, according to the new data, is a scenario in which the two lineages jumped from animals into humans on separate occasions, both at the Huanan market, Worobey said.

“Otherwise, lineage A would have had to have been evolving in slow motion compared to the lineage B virus, which just doesn’t make biological sense,” said Worobey.

The two studies provide evidence that COVID-19 originated via jumps from animals to humans at the Huanan market, likely following transmission to those animals from coronavirus-carrying bats in the wild or on farms in China. Moving forward, the researchers say scientists and public officials should seek better understanding of the wildlife trade in China and elsewhere and promote more comprehensive testing of live animals sold in markets to lower the risk of future pandemics.

Funding for the research was provided by the National Institutes of Health and the National Science Foundation.

Materials provided by University of Arizona. Original written by Daniel Stolte. Note: Content may be edited for style and length.