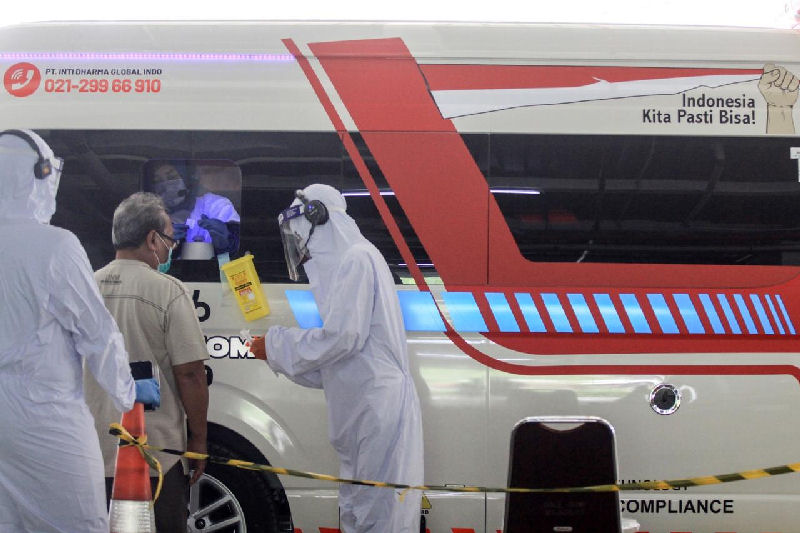 Hospitals in Indonesia’s second largest city of Surabaya have been overwhelmed by a surge of new coronavirus cases, forcing them to turn patients away, the Indonesian Medical Association said on Thursday.

At least two city hospitals designated to treat the disease in East Java province have been inundated with patients amid fears the virus could spread rapidly beyond its epicentre in the capital Jakarta to elsewhere in the country of 270 million.

“What we can observe is that the number of patients and the number of beds is not balanced,” Sutrisno, chairman of the East Java branch of the Indonesian Medical Association, told Reuters.

“I’m worried that the cases in East Java will be the same as, or even tower above, Jakarta.”

Most of the East Java cases centre on Surabaya, a city of almost 3 million, with health experts blaming the surge on poor adherence to social restrictions and virus clusters at an Islamic boarding school and a Philip Morris-run tobacco factory, among others.

Muhammad Fikser, a spokesman for the disease task force in Surabaya, confirmed the city’s hospitals had been overrun with patients, but said the situation was under control.

“We’re grateful the situation in Surabaya is still under control, though there are medics who have been infected, so some hospitals had to be closed because they couldn’t admit more patients,” he said. “They were full.”

The world’s fourth-most populous nation is one of the worst hit by the virus in Southeast Asia, with more than 24,000 infections and a death toll ranking among the region’s highest.

Public health experts worry the spread of the virus to remote parts of the archipelago could overload the healthcare system.

As East Java emerges as a new disease hotspot after Jakarta, President Joko Widodo ordered that testing be ramped up, including the use of mobile laboratories.