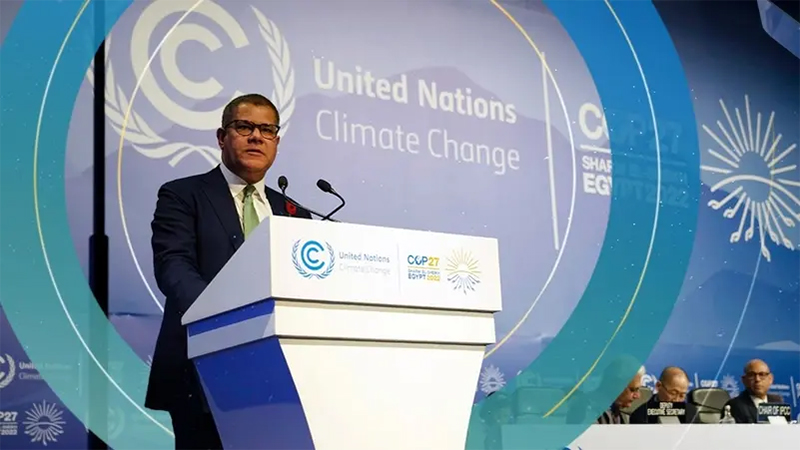 Envoys from around the globe gathered on Sunday in the Egyptian seaside resort of Sharm el-Sheikh for talks on tackling climate change amid a multitude of competing crises, including the war in Ukraine, high inflation, food shortages and an energy crunch.

In an opening speech, the outgoing chair of the talks, British official Alok Sharma, said countries had made considerable progress at their last meeting in Glasgow, including on setting more ambitious targets for cutting emissions, finalizing the rules of the 2015 Paris agreement and pledging to begin phasing out the use of coal — the most heavily polluting fossil fuel.

However, even the most optimistic scenarios assuming countries do everything they have pledged put the world on course for 1.7 C of warming (3.1 F), he warned.

“As challenging as our current moment is, inaction is myopic and can only defer climate catastrophe,” said Sharma. “We must find the ability to focus on more than one thing at once.”

“How many more wake up calls does the world, do world leaders actually need,” he said, citing recent devastating floods in Pakistan and Nigeria, and historic droughts in Europe, the United States, and China.

His successor, Egyptian Foreign Minister Sameh Shoukry, said his office would spare no effort to achieve the goals of the Paris accord.

The UN’s top climate official also appealed to countries both to engage constructively in the negotiations and take the necessary action back home.

“We will be holding people to account, be they presidents, prime ministers or CEOs, an accountability chief, if you may, because our policies, our businesses, our infrastructure, our actions be they personal or public, must be aligned with the Paris Agreement and with the convention,” said Simon Stiell.

“The heart of implementation is everybody everywhere in the world, every single day doing everything they possibly can to address the climate crisis.”

More than 40,000 participants have been registered for this year’s talks, reflecting the sense of urgency as major weather events around the world impact many people and cost billions of dollars in repairs.

Egypt said over 120 world leaders will attend, many of them speaking at a high-level event on November 7-8, while US President Joe Biden was expected to arrive later in the week.

But many top figures including China’s President Xi Jinping and Prime Minister Narendra Modi of India were not planning to come, casting doubt on whether the talks in Egypt could result in any major deals to cut emissions without two of the world’s biggest polluters.