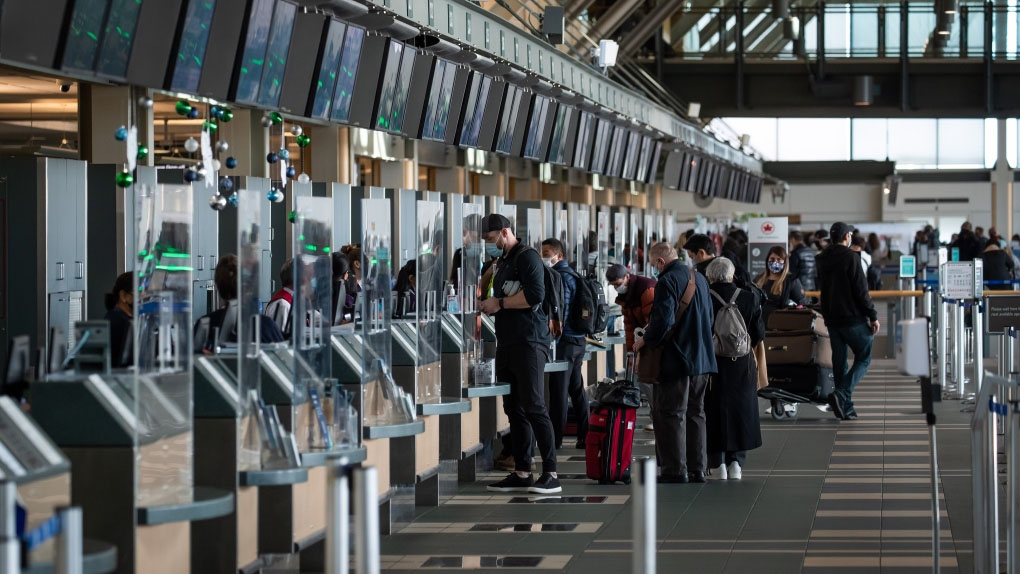 Commercial air travel is intensifying as COVID-19 restrictions ease domestically and abroad, with the number of travellers entering Canada up 17 fold compared to this time last year.

According to Canada Border Services Agency data, the total number of commercial air travellers arriving in Canada between the week of April 25 and May 1 sits at 459,412, up from 26,866 during the same week last year and 12,610 in 2020.

Around 330,000 of those travellers are Canadian citizens, while 129,139 are identified as “other foreign nationals.”

Commercial air traveller traffic dipped briefly – although still drastically higher than in previous years – in late January but has since steadily risen.

The federal government lifted some border measures on Feb. 28, lowering their travel health notice from a level three to a level two and no longer recommending Canadians avoid travel for non-essential purposes.

Travellers also had the option of using a pre-entry rapid antigen test result or a molecular test. On April 1, Ottawa did away with the test requirement for anyone fully-vaccinated.

Weeks later, they declared unvaccinated or partially vaccinated children ages five to 11, accompanied by a fully vaccinated parent or guardian, wouldn’t have to complete a pre-entry test.

No injuries after concrete slab crashes onto Highway 403 in Brantford, Ont.

Health Canada recalls eye drops due to ingredients not on label