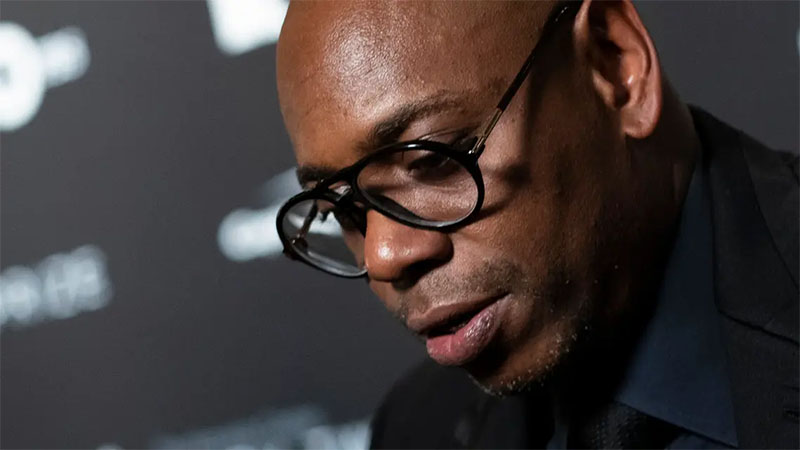 Comedian Dave Chappelle was reportedly attacked on stage while performing on Tuesday evening, according to multiple Twitter users and a video.

The video appeared to show a person storming the stage and attempting to tackle the performer while he was telling jokes.

Chappelle appeared at the Hollywood Bowl theatre in Los Angeles on Tuesday evening as part of the Netflix Is A Joke comedy festival.

Here is a video of the aftermath. #DaveChappelle handled this like a champ! #HollywoodBowl pic.twitter.com/0xaBpWsbrT

Another video surfaced appearing to show the comic returning to the stage after the incident.

In it, he thanked actor Jamie Foxx for helping to protect him from the attacker.

“Whenever you’re in trouble, Jamie Foxx will show up in a sheriff’s hat,” Chappelle joked.

He added that he had “stomped” the person backstage, saying that he “always wanted to do that.”

Just came out of the Hollywood Bowl where a man charged and tackled Dave Chapelle on stage and got his ass kicked by at least 10 people.

LAPD and LAFD are now loading him into an ambulance pic.twitter.com/7SXPe9e8az

Other videos reportedly showed the attacker in a stretcher being loaded into emergency response vehicles outside the venue.

The incident bore similarity to the now-notorious Oscars fracas on March 27 when Will Smith stormed the stage and slapped comedian Chris Rock for joking about his wife’s hair.

No charges for Mike Tyson for punching airplane passenger