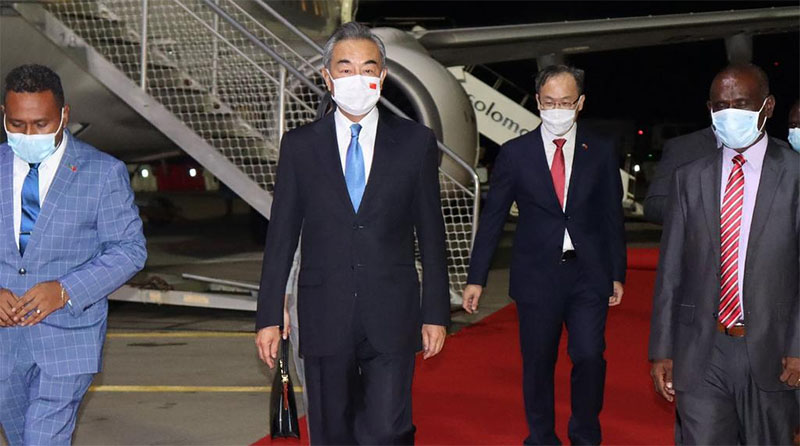 The US has landed a strategic blow to China’s Pacific ambitions as both countries aim to increase their influence in the region.

As Chinese Foreign Minister Wang Yi embarked on an eight-nation Pacific tour this week, the White House announced Fiji had joined the Indo-Pacific Economic Framework for Prosperity (IPEF) as a founding member.

Fiji is the 14th nation to join, alongside Australia, Japan, Indonesia and others across Asia and Oceania.

Beijing said the framework was a “tool to coerce regional countries”.

“We cannot rely on Beijing to change its trajectory. So, we will shape the strategic environment around Beijing to advance our vision for an open, inclusive international system,” Mr Blinken said.

Senator Wong said Australia was seeking to be a “partner of choice” to Pacific countries.

“We want to be a partner of choice and demonstrate to your nation and other nations in the region that we are a partner who can be trusted and [is] reliable, and historically we have been,” she said.

Senator Wong added some other Pacific Nations share Australia’s concerns about a controversial security deal between China and the Solomon Islands.

“We think that it’s important that the security of the region be determined by the region. And historically that has been the case,’ she said.

Mr Wang visited the Solomon Islands on Thursday as the first stop on his Pacific tour that will also take in Kiribati before heading to Samoa, Papua New Guinea and Fiji.

As well as being Mr Wang’s first stops on the visit, Solomon Islands and Kiribati are also the most recent nations to switch diplomatic ties from Taiwan to China, both doing so in 2019.

Speaking from the Solomon Islands capital of Honiara during his visit, Mr Wang said China had “no intention at all” of establishing a military base in the country.

Mr Wang maintained a security deal between the countries was “above board, with honesty and integrity”.

“It is not imposed on anyone, nor is it targeted at any third party,” he said.

US National Security Adviser Jake Sullivan thanked Fiji Prime Minister Frank Bainimarama for joining the IPEF which he says will help secure the economic future of the region.

“The future of the 21st century economy is going to be largely written in the Indo-Pacific, and IPEF will help to drive sustainable growth for all our economies,” Mr Sullivan said.

“A close partner to the United States and a leader in the region, Fiji will add vital value and perspective to IPEF, including on our efforts to tackle the climate crisis and build a clean economy that creates good paying jobs.”

Related Topics:AustraliaChinaWang Yi
Up Next