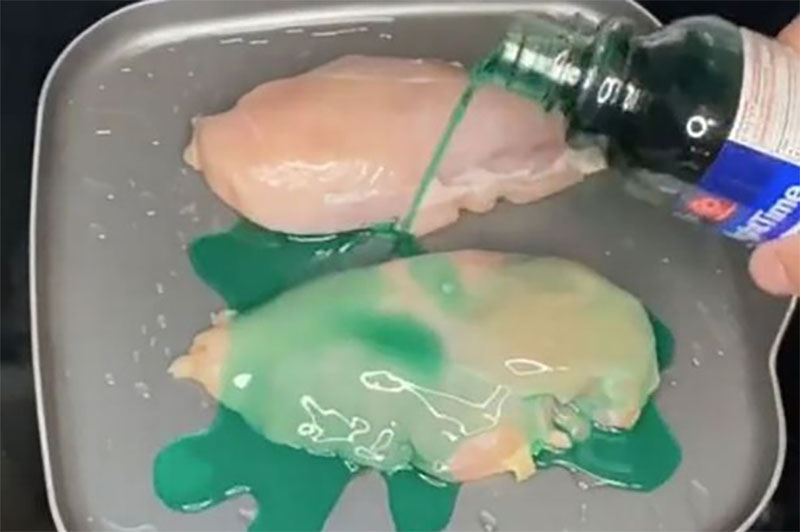 A recent video of a chicken dish braised in a cold and flu remedy went viral and doctors are now warning how dangerous it can be.

TikTok has been a trendsetter for the past few years in terms of dances, K-Pop, and interesting life hacks, it also provides a platform for dangerous things such as new recipes like “Nyquil chicken” or “sleepy chicken”, that went viral at the beginning of January.

Some videos show people boiling raw chicken in a cold and flu remedy product, with close to half a bottle of the medicine used.

According to Aaron Hartman, a Richmond-based physician and assistant clinical professor of family medicine at Virginia Commonwealth University, such a recipe may not only lead to food poisoning as the chicken needs to be boiled for more than 5 minutes, as one of the creators recommended on the video, but also can seriously damage your health.

The heat while cooking changes the chemical composition and the ingredients used in NyQuil can become poisonous. “If you ate one of those cutlets completely cooked, it’d be as if you’re actually consuming a quarter to half a bottle of NyQuil”, Aaron Hartman notes.

The dangerous recipe was first published on Reddit in 2017 and, since TikTokers renamed it, the hashtag #nyquilchicken has received 498,000 views.

NyQuil contains a range of ingredients that helps you sleep properly while alleviating your cold symptoms and cough. Among the main ingredients is dextromethorphan, a cough suppressant that affects part of the brain, reducing the urge to cough.

Caught on camera: Amazon delivery driver faces off with a black bear