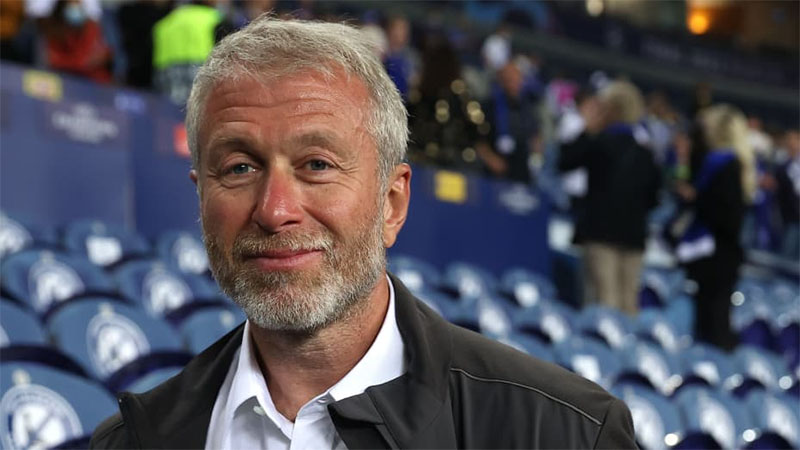 Chelsea supporters have been urged to stop chanting in support of the club’s owner Roman Abramovich.

Abramovich has been sanctioned by the UK government as part of its response to Russia’s invasion of Ukraine.

“I understand why Chelsea fans have some affection for him, but when the regime he is associated with is committing atrocities that is more important than football,” he told BBC Radio Four’s Today programme.

“So I would ask them to think very carefully before doing that again because the barbaric acts of the Putin regime which Abramovich has supported is far more important than football.”

The sanctions, that were imposed on Thursday, mean Abramovich is currently unable to sell the club, though a special licence granted by the government is allowing Chelsea to keep operating.

Philp says the terms of that licence could be altered to allow a sale to go through.

“As the licence conditions are written today, the sale would not be allowed,” he told Sky News.

“However, if a buyer emerged it would be open to that buyer or to that football club to approach the government and ask for the conditions to be varied in a way that allows that sale to take place.”

Sports Minister Nigel Huddleston held a meeting with the Football Supporters’ Association (FSA) and three Chelsea fans’ groups on Thursday to discuss the impact of the sanctions and outline the process for the club to apply for an amended licence.

“This application could include proposed amendments on ticket sales,” read an FSA statement.

“The minister indicated that the government will work with the club and leagues to consider changes along these lines. It is for Chelsea FC to give clarity on where any revenues generated will be directed as part of this application.”

The American investment firm handling the sale – Raine Group – has stopped the process for now and has attempted to seek clarification on how a potential sale might go ahead.

How quickly the club can be sold once a buyer has been found depends on the government receiving assurances that the proceeds would not go to Abramovich, but securing those assurances could take time.

Those working on the deal on behalf of Abramovich were told that proceeds from the sale would go to a fund for victims of the war in Ukraine. It is understood that the £1.5bn loan from the Russian oligarch will not be deducted from the price.

At the start of the process Abramovich was looking for £3bn for the club, but that was already seen as an inflated price by industry experts before sanctions were imposed.

British property investor Nick Candy is among those still interested in buying Chelsea.

BBC Sport understands there have been no drop-outs from potential investors following Thursday’s news with as many as 20 credible parties still interested.

A spokesperson for Nick Candy said: “We are examining the details of yesterday’s announcement and we are still interested in making a bid.

“Clearly this is a time of great uncertainty for all Chelsea fans. In our view, no-one is the owner of a football club – you are the custodian of it for the fans and the community.”

Euro backlash as FIFA refuses to expel Russia from football