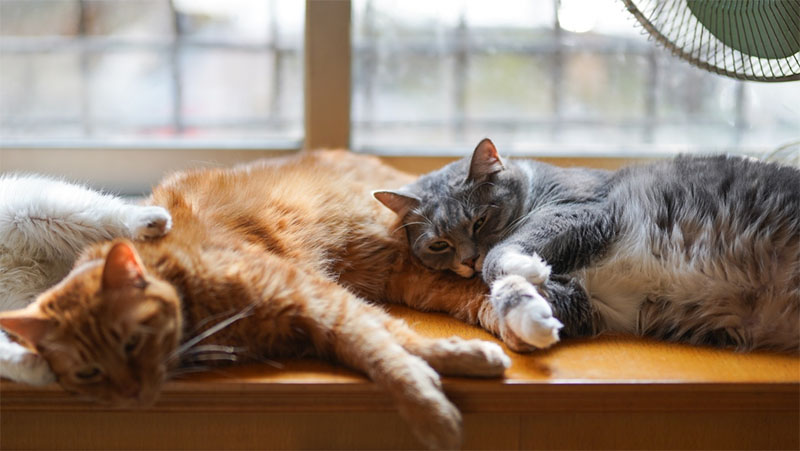 A recent study out of Japan has found that pet cats may have the ability to learn and recognize the names of other felines they live with.

The study, conducted by researchers from Kyoto University, found that cats can identify other felines by their names and faces when living in the same household.

Researchers say the findings, published last month in peer-reviewed journal Scientific Reports, suggest that cats may also know the names of the humans living in their household.

To obtain their findings, researchers showed pet cats living in multi-cat dwellings, as well as cat cafés in Japan, photos of felines they resided with to analyze their reactions.

While the image was displayed to each cat, an audio recording of their owners, or a researcher, would call out a name. They would either say the name of the familiar cat in the photo or a different name.

According to the study, the cats from domestic households spent more time looking at the image when the audio used a different name compared to when the correct name was said.

Researchers say this behaviour may have occurred as the cat could have been confused by the mismatch of the model cat’s image and name stated.

“Upon hearing a cats’ name, the subjects expected the corresponding face,” researchers said, noting that the cats likely learn these kinds of name-face relationships by observing their owner using these names at home.

Researchers say the number of cats in a home may be a factor in the felines’ ability to recall names as “more cats probably means fewer opportunities to learn specific cat name-identity relationships.”

In another experiment, the researchers conducted a similar test, but the cats were instead shown an image of a person they lived with while the human’s name was spoken, or a different name was said.

The study found the domesticated cats living in households again stared at the image for a longer period of time when the incorrect name was said.

“Our interpretation is that cats living with more people have more opportunities to hear names being used than cats living with fewer people, and that living with a family for a longer time increases this experience,” the researchers explained.

However, the cats who lived in cafés did not exhibit this same behaviour.

“Whereas house cats probably learn by observing the reaction of the specific cat whose name was called, café cats are more likely to hear different names called by different guests, making such learning more difficult,” the study’s author’s wrote.

The study’s authors say more research is needed to understand how cats learned this name-face association.

“It is still an open question how cats learn the other cats’ names and faces.”