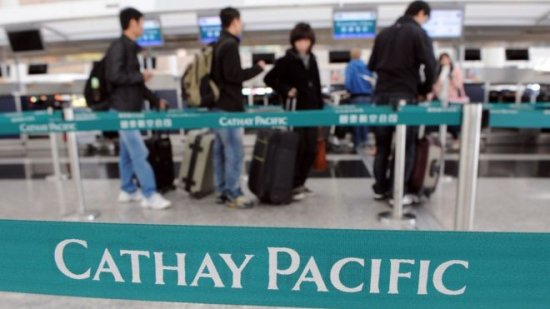 Hong Kong’s flagship carrier Cathay Pacific has said it will cut nearly 600 jobs as part of the biggest restructuring in 20 years.

The cuts include 190 management jobs and 400 non-management staff working at its head office in Hong Kong.

In March, the airline said it would save 30% in employee costs at its head office after it posted its first annual loss in eight years.

The cuts are part of a three year programme to turn around the losses.

The airline said in a statement that the job cuts would be complete by the end of the year, with most of the affected employees to be informed on Monday, and over the next month.

The changes will be overseen by the airline’s new chief executive, Rupert Hogg, who replaced Ivan Chu Kwok-leung earlier this month.

Mr Hogg cited increasing competition and a challenging business outlook for what he called “tough but necessary decisions for the future of our business and our customers”.

Cathay has been facing tough competition from Chinese and Middle Eastern airlines that have expanded rapidly in the Asia Pacific region.