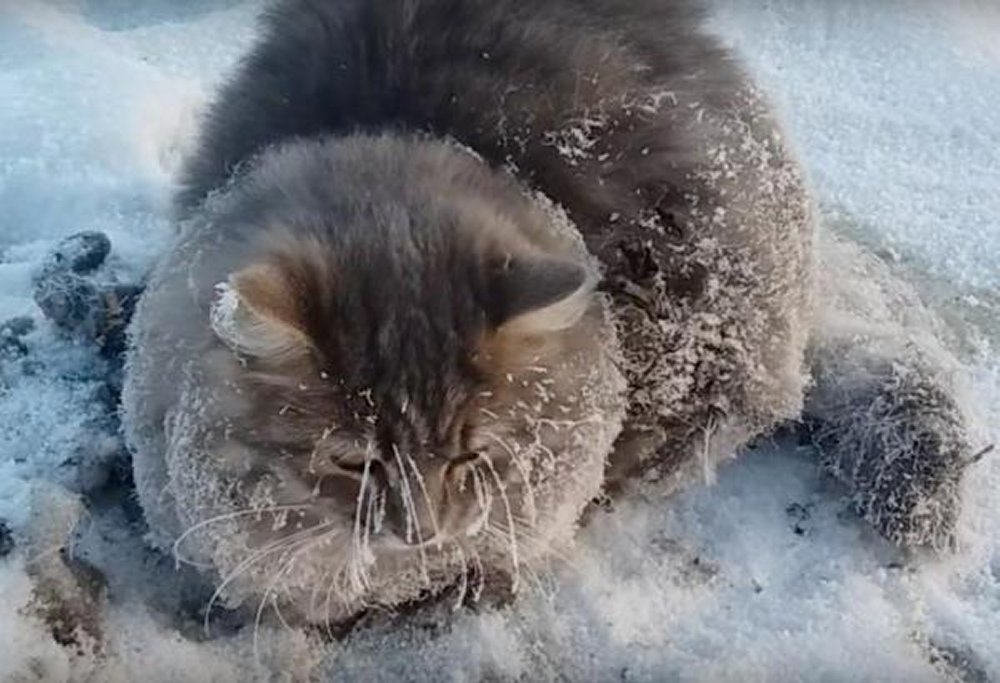 A Russian couple acted quickly to help rescue a stranded cat whose paws had become stuck in a frozen puddle.

Video shared to YouTube showed the cat, covered in snow, sitting among a shallow pile of snow with its paws frozen in a puddle of ice underneath.

A woman quickly rushed to grab a green bucket full of warm water to pour over the ice and eventually managed to thaw out the stranded cat.

The person who uploaded the video later wrote a comment explaining the cat’s story had a happy ending after a trip to the vet, RT reported.

“Called a vet. He gave it anti-inflammatory medicine. The cat is young – 7-9 months [according to the vet],” the uploader said. “By the evening he started to walk. In three days I posted an announcement in social media and a girl from our town picked him up. He’s been living with her for a week now – everything’s fine – he jumps – he runs.”