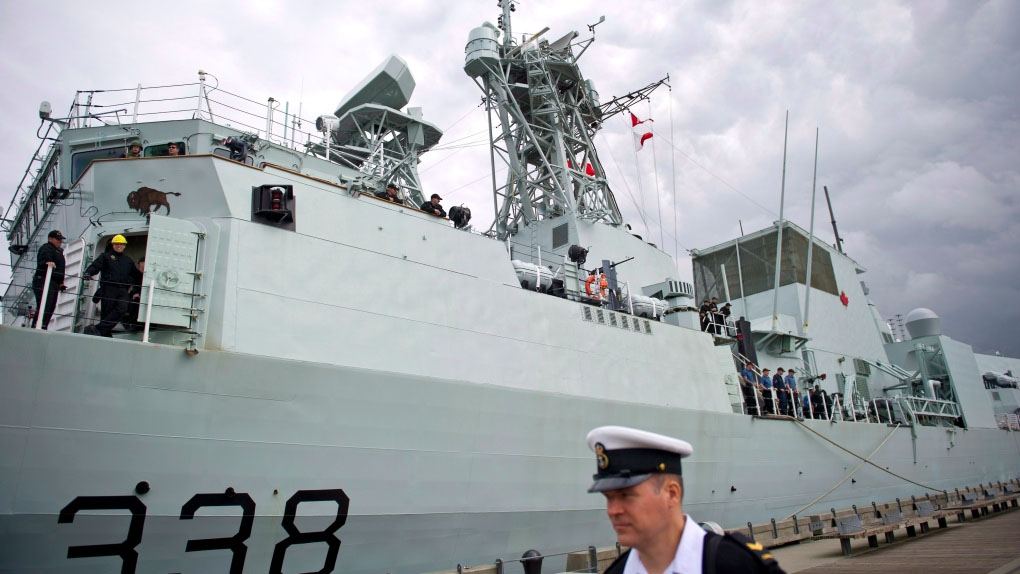 OTTAWA – A Canadian warship has been hit with an outbreak of COVID-19 while preparing for an overseas deployment in the Pacific.

HMCS Winnipeg is back home in Esquimalt, B.C., after seven sailors tested positive, only weeks before the ship is due to participate in a major training exercise and two overseas missions.

Those include assisting with the enforcement of United Nations sanctions against North Korea, which the Canadian Armed Forces has been doing since 2018.

Navy Lt. Pamela Hogan says the Winnipeg will remain docked in Esquimalt until mid-June, during which time sailors exhibiting symptoms will be required to self-isolate and not report to duty.

Hogan says the positive cases will not interfere with the frigate’s planned deployment, as it had already been scheduled to remain in Esquimalt until mid-June.

The military says nearly 8,000 members of the Armed Forces have tested positive for COVID-19 since the start of the pandemic, with 268 active cases reported earlier this month.