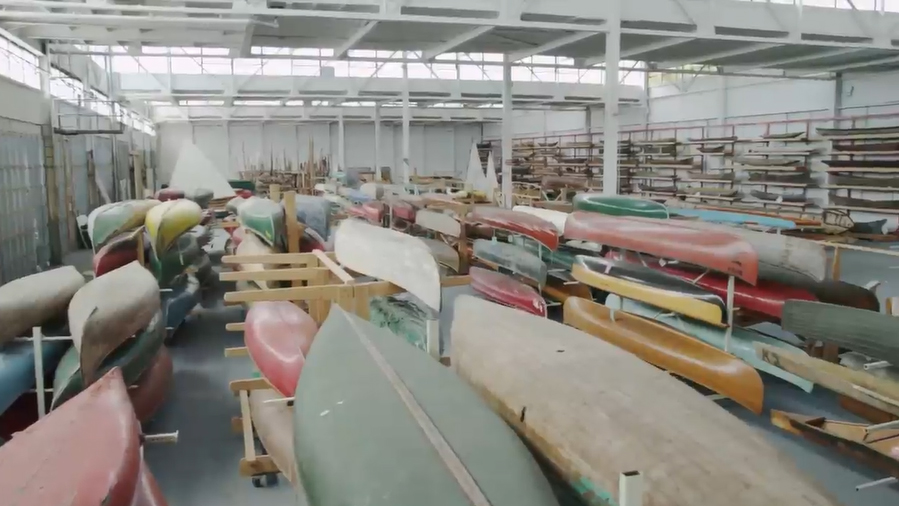 Call it the great portage. Hundreds of canoes from around the globe and some dating back centuries are being cleaned, catalogued, documented and prepared for an epic move that will see them all put on display at the Canadian Canoe Museum’s new $40-million dollar home.

“I can’t tell you how excited I am for this new facility,” museum curator Jeremy Ward told CTV News.

The current museum, which opened in 1997, is located in an old warehouse in Peterborough, Ont., and will be moved to a new facility. It features canoes used by many famous Canadians such as artist Robert Bateman, musician Gordon Lightfoot and former primer minister Pierre Elliott Trudeau.

There is also a large collection of canoes built by Indigenous Peoples from across the country and around the world. But the museum has struggled at times to get the attention it deserves.

The museum was founded in 1997 by former University of Toronto professor Kirk Wipper who amassed a large private collection of paddled watercraft after creating a summer camp in Ontario called Camp Kandalore in the 1950s.

“He started with one canoe in the dining hall that was meant to inspire the campers that were there for the summer and that grew into what you see today,” said Hyslop.

The museum now has more than 600 paddled watercraft but most are housed in a large old building that is off-limits to the public. Inside there are canoes and kayaks used by Olympians along with canoes used in the fur trade.

The new facility, being built on the water, will allow for all of the collection to be seen.

“It just blows people’s minds as it does mine every time I come in here,” said Ward.

The new building will be 65,000 square feet, located on the water and is scheduled to open next July. All three levels of government have contributed to the project, but the museum still has $3 million left to raise. So it has launched a campaign asking Canadians to sponsor the move of a canoe or artifact.

“We’ve had people from all across the country sponsoring canoes and kayaks,” said Hyslop. “We’ve had international people sponsoring.”

The current museum will remain open to visitors until Labour Day.

US$1.1 billion Mega Millions jackpot on the line Friday night