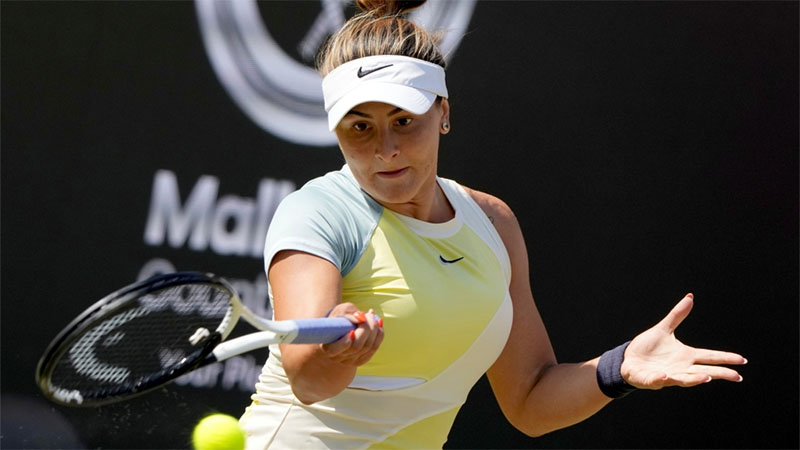 Andreescu was up 5-3 in the third set, but Pliskova came back to force a tiebreak.

The Czech player then came back from an early deficit in the extra session before winning on her third match point.

Pliskova fired 12 aces in the match, compared to two for Andreescu.

Andreescu, from Mississauga, Ont., had 11 break-point chances in the match, converting four. Pliskova was successful on three of her six break chances.

It was the third career meeting between the two, with the previous two matchups coming in 2019.

Andreescu defeated Pliskova in the quarterfinals of the 2019 Rogers Cup in Toronto en route to winning the event. The two months later, the Canadian retired with an injury in a first-round match with Pliskova at the WTA Finals.