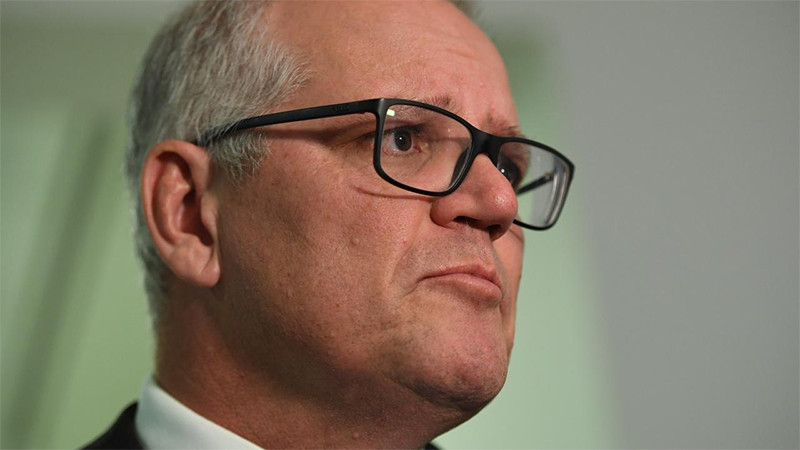 The former Prime Minister has confirmed he won’t be rocking up when parliament resumes this week.

Instead, he will be enjoying his $215,250-a-year taxpayer funded salary while travelling in Japan, mingling with former prime ministers.

And can you believe it?

There’s a good chance he will be earning some extra cash on the speakers’ circuit while he’s overseas.

Depending on where he’s speaking or which event he is attending, the going rate for such events can be $50,000 or more plus some fancy air tickets.

Mr Morrison had barely packed away his passport and suitcase from his trip to the Asian Leadership Conference in Seoul a fortnight ago before jetting off again.

Meanwhile, the lights are on but nobody’s home at his new parliamentary office in Canberra.

“There’s no answer in that office,’’ said the lovely lady on the parliamentary switchboard.

In a statement released on Monday afternoon, Mr Morrison confirmed he will visit Tokyo and return to parliament in August.

“Prior to the new government advising the sitting schedule for the remainder of 2022, I had already accepted an invitation to join other former prime ministers from Canada, the UK and New Zealand to address an international event to be held in Tokyo this week,” he said.

“As a consequence I will be unable to attend the first three sitting days of the new parliament this week.”

He will also deliver an address on the importance of the Quad in “promoting stability in the Indo-Pacific” as well as attending meetings with Japanese political and business leaders.

“I will be holding a series of meetings with Japanese political and business leaders and will have the opportunity to join other former leaders to express my condolences for the passing of Prime Minister Abe following his assassination,” he said.

So, how much is he getting paid to travel to Japan?

So far, he isn’t saying.

And we may never know how much the former Prime Minister is earning on these lucrative side hustles.

If he does turn up to parliament as promised on August 1, he has another 28 days to update his register of interests.

It’s not clear he needs to stipulate the big bucks he appears to be earning delivering speeches overseas.

But his disappearing act has got people wondering if he could quit politics shortly.

Then, he wouldn’t have to update parliament on his paid speaking gigs at all.

Still, it’s perfect timing for the former Prime Minister given the recent report into his decision to publicise an asylum boat on election day.

Thousands of voters even received a text message alerting them to this “on water” matter.

An “appalling act” was how Prime Minister Anthony Albanese described it to Labor colleagues on Monday.

“Breaching all principles and breaching everything that is decent,’’ Mr Albanese said.

Hard to do so though if the former Prime Minister isn’t even there.

And handy for Scott Morrison to be enjoying sushi and sake rather than facing the music.

Related Topics:Scott Morrison
Up Next