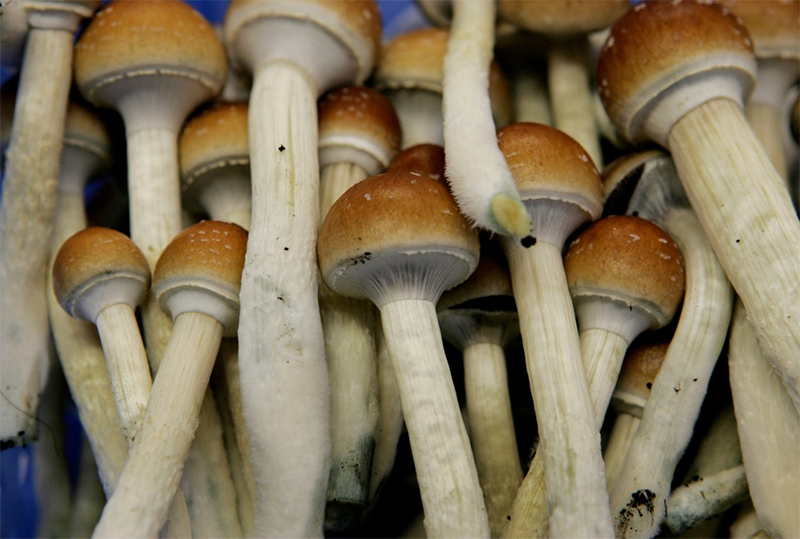 A new study by the Centre for Addiction and Mental Health (CAMH) will attempt to harness the antidepressant power of psilocybin mushrooms, but without the psychedelic experience.

Psilocybin is the hallucinogenic chemical compound in “magic” mushrooms that generates a psychedelic high. However, clinical trials have shown psilocybin mushrooms also have antidepressant effects on people whose depression is resistant to other treatments, when combined with intensive psychotherapy.

Over a period of three years, researchers at CAMH will try to learn whether the psychedelic experience itself is necessary to treat depression in a federally-funded study that lead researcher Dr. Ishrat Husein says is the first of its kind.

“What we’re trying to address with this study, which I think is a glaring question in the field, is whether the psychedelic high is required for the therapeutic benefits,” Husein told CTVNews.ca. “It’s assumed that it is, but nobody’s actually designed a clinical trial to answer that question.”

Husein and his team will compare the outcomes of 60 adults with treatment-resistant depression. Over the course of the study, a third of the participants will receive a full dose of psilocybin plus a serotonin blocker to inhibit the drug’s psychedelic effect. Another group will be given psilocybin plus a placebo. The final group will receive a placebo, plus the serotonin blocker. All participants will also receive 12 hours of psychotherapy.

This is the second clinical psilocybin trial at CAMH, which was the Canadian site for the world’s largest clinical trial of psilocybin in mental health to date, in 2021.

If the new study shows psilocybin mushrooms have equal antidepressant effects with or without the psychedelic experience, Husein said it could be a “game changer” for people with treatment-resistant depression who aren’t candidates for a psychedelic high.

“There are certain physical and psychological contraindications to receiving potent psychoactive drugs like psilocybin,” he said. “If we’re able to show that the psychedelic experience isn’t entirely necessary, it could lead to a sort of new therapeutic development for the treatment of depression.”

Some day, Carole Dagher might need to put her trust in a new treatment. In fact, Dagher believes it’s inevitable. After years of trying to treat her depression, she’s in a good place. But she knows it won’t last.

“I will have another dip, there’s no question about it,” Dagher told CTVNews.ca. “This is just going to be my life, it’s something I’m going to have to manage.”

Dagher is a patient of Husein’s who suffers from treatment-resistant major depressive disorder and anxiety disorder. She first developed postpartum depression following the birth of her oldest daughter 12 years ago. Her symptoms were compounded by trauma from childhood experiences growing up in Beirut during the Lebanese Civil War In the years since her initial diagnosis, she has struggled with suicidal ideation, tried five classes of antidepressant medication, seen psychologists and tried both electroconvulsive therapy and repetitive transcranial magnetic stimulation therapy.

After those methods failed, she turned to ketamine therapy, which was approved by Health Canada to treat major depressive disorder in 2020. Ketamine is an anaesthetic that induces strong psychedelic experiences in therapeutic doses. Dagher called those experiences “horrific,” and said they were so unbearable she nearly quit the therapy before finishing her eight sessions. She stuck with it, however, and awoke one morning after her final session feeling restored.

“I opened my eyes in the morning and the sky was blue, and the birds were chirping, and I smiled for the first time in 12 years and it was a genuine smile,” she said.

She’s still doing well, with help from an antidepressant and regular therapy sessions. But she’s waiting for the day her symptoms stop responding to ketamine. When that day comes, she’ll need to look for another treatment — preferably one without a high. That’s why she sees so much promise in Husein’s study.

“Without the hope of innovation, I cannot survive another day. I have to believe deep down in my heart that people like Dr. Husein and hospitals like CAMH will not stop innovating. Ketamine worked now, but it might not work later,” she said. “And I’d much rather not have the psychedelic trip, and take the [psilocybin] and have it do its thing.”

On the subject of access to psilocybin therapy, while Johns Hopkins University scientist David Yaden agrees being able to offer the therapy without a psychedelic experience would make it accessible to more people, he worries about patients who may want or need the full experience.

Yaden is an assistant professor at the Johns Hopkins Center for Psychedelic and Consciousness Research who has published multiple scientific articles about the use of psilocybin as a potential treatment.

“What I worry about is an unintentional side-effect of characterizing the acute subjective effects of psychedelics — the trip, so to speak — as an unwanted side effect,” he told CTVNews.ca.

“As long as participants are screened and administered psilocybin in a supportive setting, we see that these experiences can be challenging, but they’re overall very positive and deeply meaningful. That’s just what the data say.”

Yaden also believes, based on past studies, that a dose of psilocybin without the psychedelic side-effects likely only delivers short-term neurobiological benefits. In a report released in December 2020, he and fellow Johns Hopkins researcher Roland Griffiths argued there are long term, complex changes that can only take place in the brain during a psychedelic experience.

Regardless, he said the CAMH study is asking important questions in an area of research his team would like to explore more.

“I support research like this study looking at the causal role of the acute subjective effects of psychedelics, because I think it’s a very important question to examine,” he said.

“This research is important for both clinical and scientific reasons. It’s great and I’m really glad it’s happening. We’ve been trying to do this research as well. I’m very much for it.”