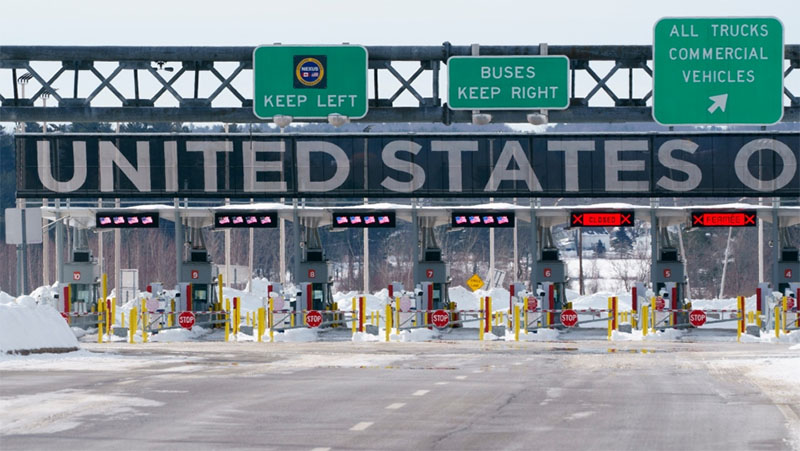 Canada is extending a ban on nonessential travel with the United States and the rest of the world until July 21, officials said on Friday, prompting frustration from businesses and U.S. legislators.

Canada is under pressure from companies and the tourism industry to ease the ban, which was imposed in March 2020 to help contain spread of the coronavirus and has been renewed on a monthly basis ever since.

But Prime Minister Justin Trudeau stood firm, saying the border would stay largely shut until 75 per cent of Canadians had received the first of a two-dose coronavirus vaccine and 20 per cent had been given both shots.

Although Trudeau said Canada had basically achieved the first target, official data released after he spoke showed 73.4 per cent had received their first shot. Only 14.7 per cent of the eligible population has had both shots.

“Even a fully vaccinated individual can pass on COVID-19 to someone who is not vaccinated,” Trudeau told reporters, saying Canada needed to avoid “any further massive waves.”

The extended border closure comes as the western province of Alberta unveiled plans to fully reopen on July 1, lifting virtually all remaining public health restrictions, after 70 per cent of eligible Albertans received their first vaccination dose.

The travel ban does not affect trade in goods but Statistics Canada said total exports of services in 2020 compared with 2019 fell by 17.7 per cent and imports of services plunged by 24.0 per cent, in part due to the border restrictions. Travel and transportation services were particularly hard hit.

“The inability of the U.S. and Canadian governments to reach an agreement on alleviating border restrictions … is simply unacceptable,” said U.S. Representatives Brian Higgins and Bill Huizenga, co-chairs of the Canada-U.S. Interparliamentary Group.

Harley Finkelstein, president of Canadian e-commerce company Shopify Inc , tweeted that the extended border closure was the wrong decision. “We need to open the border for fully vaccinated travelers immediately,” he wrote.

The Canadian Chamber of Commerce – a national group that advocates for businesses – lamented what it said was Ottawa’s excessive caution.

“All of the science would say we should be moving ahead to reopen the border. We don’t even have a plan at this point,” said Perrin Beatty, the group’s president and chief executive.

Ottawa will reveal on Monday how it plans to start easing measures for fully vaccinated Canadians.

One confirmed dead after early morning house explosion in Saskatoon