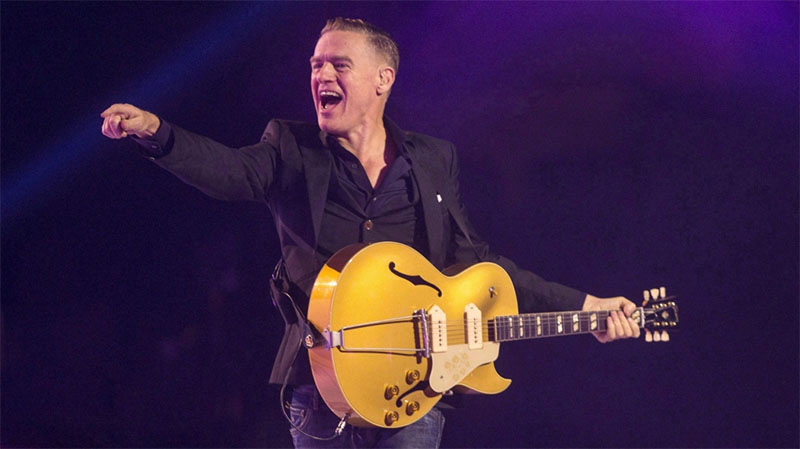 TORONTO – Bryan Adams is hitting the road in Canada with a cross-country tour set to kick off in the summer.

This follows the release of the Grammy winner’s 15th studio album “So Happy It Hurts” this past March.

Adams began touring Europe and the U.K. ahead of the album’s release in January, and will wrap up those dates in July.

The Canadian singer-songwriter will kick off his new set of shows in Prince Edward Island in August, making his way from province to province, before wrapping up in Vancouver in November.

A week before releasing “So Happy It Hurts,” the musician also dropped the digital album “Pretty Woman – The Musical.”

It features music he and fellow Canadian songwriter and frequent collaborator Jim Vallance wrote for the 2018 Broadway musical of the same name.

Bryan brings his #SoHappyItHurts Tour home to #Canada this Fall! Artist pre-sale starts 5.24, with tickets on public sale May 27th via @LiveNation @TicketmasterCA and usual outlets.
Details at: https://t.co/VF4swUzh2Z pic.twitter.com/zu7lAVLEhd