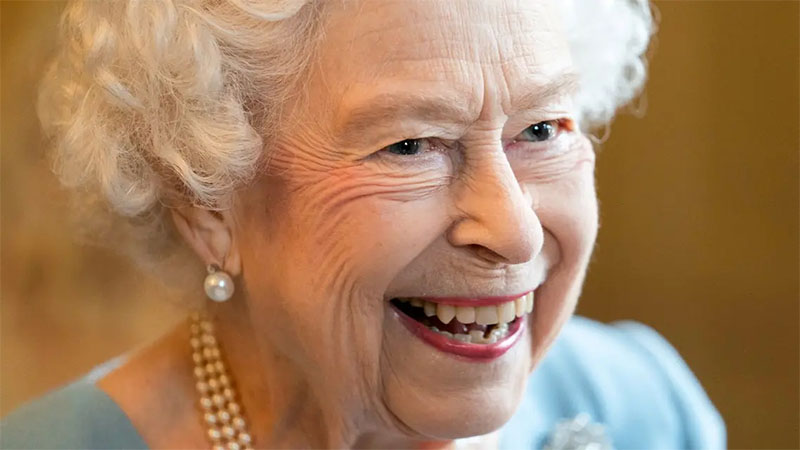 Britain’s Queen has launched her own dishwashing liquid costing around $20 per bottle, The Daily Mail reported.

The Natural Dish Wash, described as having the scent of ‘coastal walks,’ is being sold through the monarch’s Sandringham estate.

It carries the estate’s logo on the label, which reads: “Inspired by a shared passion for protecting our environment, we have collaborated with Norfolk Natural Living, to create our dish wash just ten miles from the estate, using the finest botanical ingredients.”

The new soap was released just a month after the Queen’s estate launched a brand of dog perfume, which costs $13.21 per bottle.

The dog perfume, made from witch hazel and a blend of essential oils, supposedly helps to “get rid of any unwanted odors” from dogs.

“To use: Spritz a generous amount into the palm of your hand and smooth over your dog’s freshly washed and dried coat to help rid any unwanted odors and keep them smelling fresh,” the bottle reportedly says.

Queen Elizabeth is known to be a lover of dogs and is believed to have owned more than 30 corgis throughout her reign.

She collaborated with Norfolk Natural Living, a local company, to produce the new soap and perfume.

Honey from bees at the monarch’s Sandringham palace is also being sold for $20 a jar.

It is being collected from hives placed around the fields at the royal family’s rural retreat, which the Queen’s son Prince Charles pledged to make into a fully organic operation.

Part of this pledge involves a ban on the use of pesticides, which has reportedly led to a boom in the population of bees on the 20,000-acre estate.

The royal merchandise is for sale at the Sandringham gift shop in Norfolk, in the east of England.