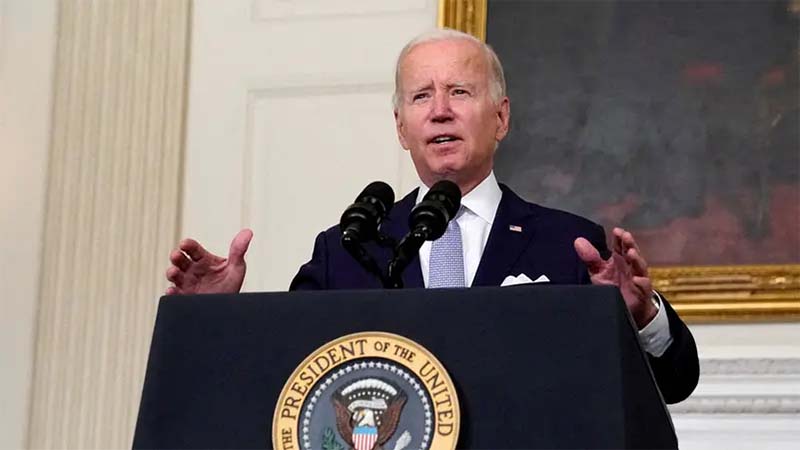 President Joe Biden plans to take a victory lap on Wednesday at the Detroit auto show, highlighting automakers’ increasing shift to electric vehicles and billions of dollars in new investments in battery plants.

Detroit’s Big Three automakers are showing off a number of new EVs at the car show. The US Congress and Biden, a Democrat and self-described “car guy,” have pledged tens of billions of dollars in loans, manufacturing and consumer tax credits and grants to speed the transition away from internal combustion vehicles to cleaner EVs.

General Motors Chief Executive Mary Barra, Stellantis NV’s CEO, Carlos Tavares, and its chairman, John Elkann, as well as Ford Motor Co’s executive chairman, Bill Ford Jr, will greet Biden on the auto show floor where he will take a look at some new green models before making remarks on the transition to EVs.

Still, gasoline-powered trucks are well-represented at the exhibition. A significant majority of new vehicles sold by the Detroit Three are still gas-powered models and Tesla Inc dominates the US electric vehicle market and outsells the Detroit Three automakers combined on EVs.

The White House has heralded a string of recent major investment announcements from US and foreign automakers to build new battery plants and electric vehicles.

White House National Climate Adviser Ali Zaidi told Reuters automakers and battery firms in 2022 have announced “$13 billion into EV manufacturing” as they accelerate “the pace of their investment into capital projects here in the US.”

Zaidi said the “the answer is now unambiguous and clear – that future – a fully electric transportation sector – is going to be made in America.”

Biden’s remarks will focus on a “sense of momentum” for EVs, Zaidi said, including the reduction in battery prices by more than 90 percent since 2009.

In August 2021, Biden set a goal that EVs or plug-in hybrid vehicles represent 50 percent of all US new vehicle sales by 2030. The Detroit Three back the nonbinding goal of 50 percent.

Detroit Mayor Mike Duggan said the city’s car show – the first one since January 2019 – would highlight US automakers’ move to EVs.

“I think you are going to see the Detroit auto companies overtake Tesla and compete with Chinese companies who are also very far down the road on electric vehicles,” Duggan told reporters on Tuesday.

When he served as vice president in the Obama administration, Biden attended the Detroit auto show and was a strong advocate of the 2008-09 bailouts of GM and Chrysler, now part of Stellantis.

EV battery makers are looking to increase US production as the country implements stricter regulation and tightens tax credit eligibility.

California in August moved to require all new vehicles sold in the state by 2035 to be either electric or plug-in electric hybrids. The Biden administration has declined to endorse a specific phaseout date for gas-powered vehicles.

Toyota Motor Corp said it will boost its planned investment in a new US battery plant from $1.29 billion to $3.8 billion.

GM and LG Energy Solution in August began production at their $2.3 billion joint-venture battery production plant in Ohio. The companies are considering a site in New Carlisle, Indiana, for a fourth US battery cell manufacturing plant expected to cost around $2.4 billion.