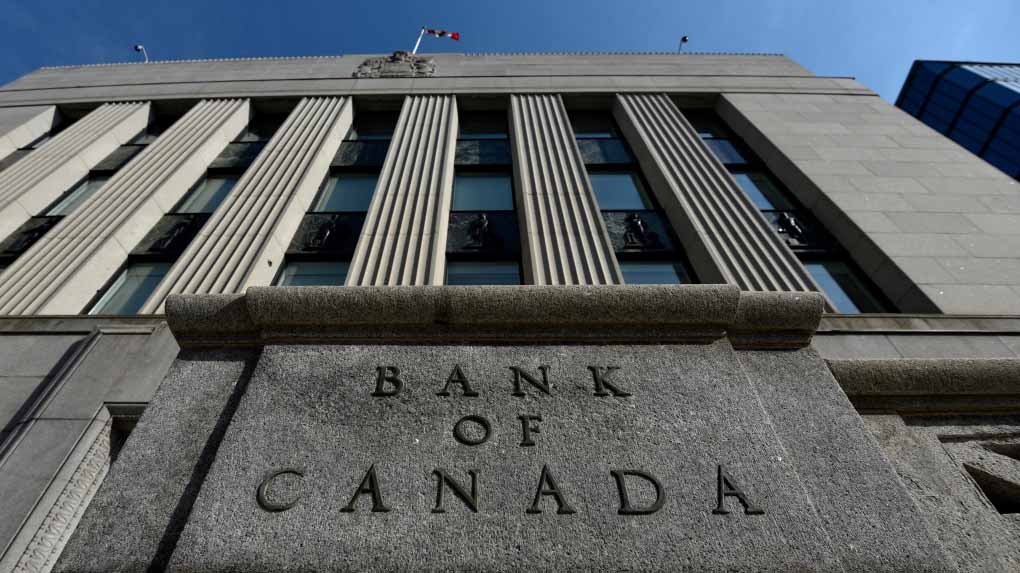 OTTAWA – Economists are predicting the Bank of Canada will hike its key interest rate by three-quarters of a percentage point on Wednesday as inflation rages on globally.

In Canada, inflation hit a 39-year-high of 7.7 per cent in May — well above the two per cent target rate central banks typically aim for.

The Bank of Canada raised its key interest rate by half a percentage point on June 1, bringing it to 1.5 per cent. Since then, it has signalled a willingness to move in a more aggressive direction.

Most economists are now forecasting a rate hike of three-quarters of a percentage point, following the lead of the U.S. Federal Reserve, which hiked its key rate by that amount last month.

“With the economy essentially at full employment, wages starting to stir meaningfully, and headline inflation poised to test eight per cent in this month’s consumer price index report, the Bank of Canada’s task is clear at next week’s decision,” wrote BMO chief economist Douglas Porter in a weekly report on Friday.

The C.D. Howe Institute Monetary Policy Council, a group of economists who provide assessment of the Bank of Canada’s monetary policy, has also called on the bank to raise its key rate by three-quarters of a percentage point.

The Bank of Canada has identified both domestic and international factors leading to soaring inflation. Domestically, the bank says there’s excess demand in the economy, while globally, supply chain problems and the war in Ukraine continue to put upward pressure on prices.

HSBC chief economist David Watt said the Bank of Canada can bring down inflation driven by domestic factors, but when it comes to global factors such as oil prices, the bank is in a tougher spot.

“One of the issues that we’re having when we discuss central banks is if global inflation is going to stay elevated, if they’ve got a mandate to get inflation back to below three to two per cent and the international inflation isn’t going to cooperate, do they have to generate significant downturns in domestic economic activity?”

“If the bank goes more than 50 basis points, I think the reasoning is they want to ensure expectations don’t get too wild,” said Gordon.

The Bank of Canada’s most recent business outlook survey showed Canadians believe inflation will remain higher than previously expected — and for a while. Canadians expect inflation to be at four per cent five years from now, the survey found.

However, a recent report from the Canadian Centre for Policy Alternatives warned rapidly increasing interest rates will likely send the Canadian economy into a recession and could cause significant “collateral damage,” including 850,000 job losses.

But Gordon said a rate hike higher than half a percentage point is warranted, adding that fears of a recession are premature.

“I don’t think we’re anywhere near that risk yet, because the policy rate is still low and the economy is running really well,” Gordon said.

On Friday, Statistics Canada said the unemployment rate in June fell to a record low of 4.9 per cent, pointing to a strong labour market.

As the bank attempts to rein in inflation, it’s hoping for what’s referred to as a “soft landing,” where inflation is brought under control without triggering a recession.

Both Gordon and Watt said that while the bank wouldn’t want to drive the economy into a recession, that might be the cost to bear to bring inflation down.