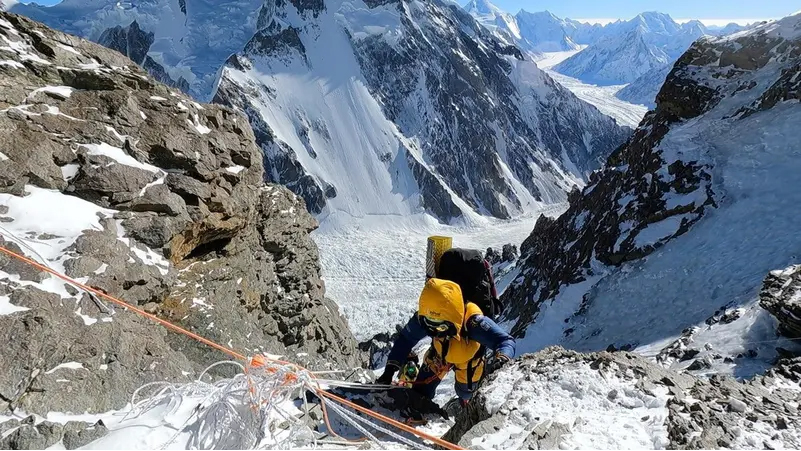 An Australian climber has died while trying to scale K2, the world’s second-highest mountain, after he fell during his descent, Australian and Pakistani officials said Thursday.

Pakistani officials said a Canadian mountaineer, who was scaling K2 with the Australian, was missing and a search was underway.

On Thursday, the Australian Department of Foreign Affairs and Trade confirmed the death of the Australian, saying it was “providing consular assistance to the family of an Australian man who died during a climbing expedition in northern Pakistan.”

In a statement, it did not provide any further details, saying: “We extend our condolences to his family and friends.” It did not disclose the name of the Australian climber for privacy reasons.

Pakistan’s English-language The Dawn newspaper reported this week that the bodies of the two missing Canadian and Australian mountaineers had been found at a location between Camp 1 and Camp 2 of K2. Citing unnamed sources, it said the two men went missing on July 19 in two separate incidents.

The death came as dozens of climbers from across the globe were trying to scale K2 in northern Pakistan.

K2, on the Chinese-Pakistani border in the Karakorum Range, has one of the deadliest records, with most climbers dying on the descent, where the slightest mistake can trigger an avalanche and become fatal. Only a few hundred have successfully reached its summit. In contrast, Mount Everest has been summited more than 9,000 times.

Considered extremely difficult to climb, K2 is not only the second-highest mountain after Mount Everest, its ascent and descent are considered much more challenging that the world’s highest. K2 is also the coldest and windiest of climbs.

At places along the route, climbers must navigate nearly sheer rock faces rising 80 degrees, while avoiding frequent and unpredictable avalanches.