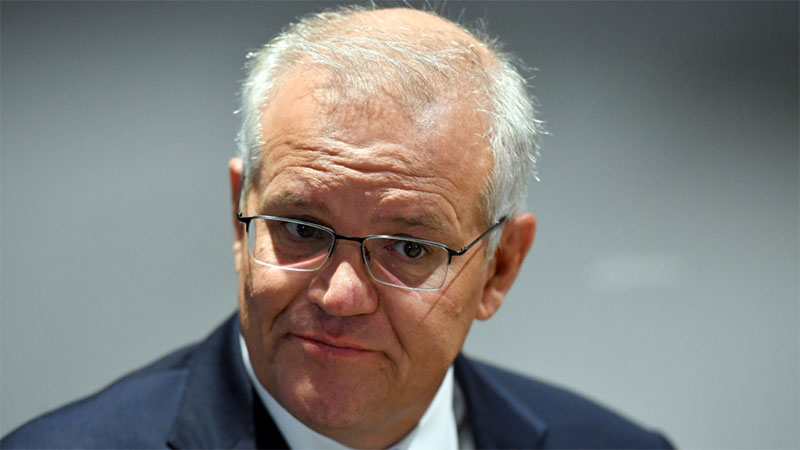 CANBERRA, AUSTRALIA – Australia’s prime minister on Sunday refused to say how his government might respond if China attempted to establish a military base less than 2,000 kilometres (1,200 miles) off the Australian coast on the Solomon Islands.

Prime Minister Scott Morrison has said that a Chinese naval base on the impoverished South Pacific island nation would be a “red line” for both Australia and the United States. His language was reminiscent to former U.S. president Barack Obama’s declaration in 2012 that the use of chemical weapons by Syrian forces would be crossing a “red line” requiring American military intervention.

Morrison was questioned by a journalist during an election campaign debate about a recent security pact between China and the Solomon Islands.

Asked what he meant by “red line,” he replied: “It means that was something that Australia believes would be completely against our national interest.”

“We also believe it will be against the Solomon Islands’ national interest and we share that view in a similar language with the United States,” Morrison added.

Morrison declined to say whether Australia would attempt to blockade any attempt to build a Chinese base. “I think it would be very unwise for any government to speculate around these issues,” he said.

“What is necessary in international environments such as this is to be very clear about what the various partners’ positions are. That is United States’ position and certainly our position and I believe it is a broader position of the Pacific islanders family as well,” he said.

The United States has said it would take unspecified action against the Solomons should the agreement with China pose a threat to U.S. or allied interests.

The Solomon Islands’ Prime Minister Manasseh Sogavare told Parliament last week that opponents of the security pact had threatened his country “with invasion.”

On the threat of invasion, Morrison said last week, “none of that’s true.”

Sogavare has maintained that there would be no Chinese base in his country and China has denied seeking a military foothold in the islands.

A draft of the pact, which was leaked online, said Chinese warships could stop in the Solomon Islands for logistical replenishment and China could send police and armed forces there “to assist in maintaining social order.” The Solomon Islands and China have not released the final version of the agreement.

Opposition leader Anthony Albanese, who will become prime minister if his centre-left Labor Party defeats the ruling conservative coalition in May 21 elections, accused Morrison of a “massive foreign policy failure” in allowing the China-Solomons deal to be sealed.

Albanese has promised closer engagement between Australia and its South Pacific island neighbors if Labor wins.

Australia has a bilateral security pact with the Solomon Islands and had sent a peacekeeping force to the capital, Honiara, in November after civil unrest.