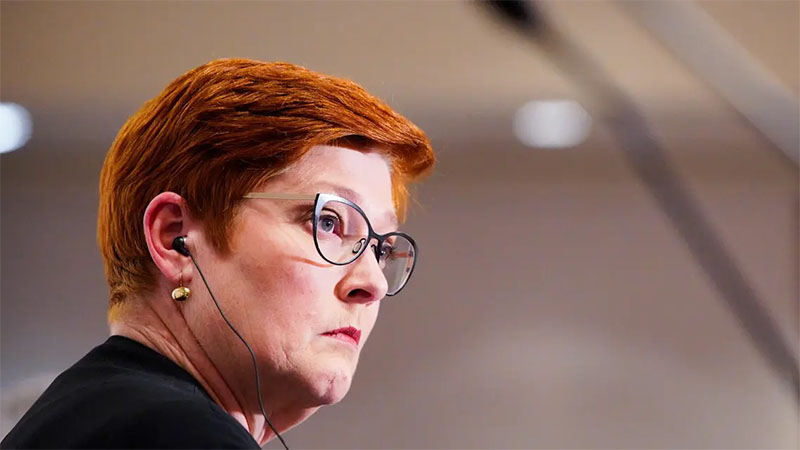 Australia will impose financial sanctions and travel bans on an additional 67 Russians over Moscow’s invasion of Ukraine, Foreign Minister Marise Payne said on Thursday, taking the total number of people and entities sanctioned to almost 600.

“Today, I’m announcing 67 further sanctions of Russian elites and oligarchs, those close to (Russian President Vladimir) Putin who facilitate and support his outrageous actions,” she told reporters as she arrived at NATO.

In a media statement issued after her public remarks, Payne said the new listings followed “the emergence of evidence of war crimes committed by Russia in Bucha and other towns around Kyiv.”

Russia has said it launched a “special military operation” in Ukraine and denied accusations of the killing of civilians during its occupation of Bucha, calling it a Ukrainian “provocation.”

Australia has supplied defense equipment and humanitarian supplies to Ukraine, while imposing a ban on exports of alumina and aluminium ores, including bauxite, to Russia.

Payne said Australia has now sanctioned close to 600 individuals and entities, including most of Russia’s banking sector and all entities responsible for the country’s sovereign debt.