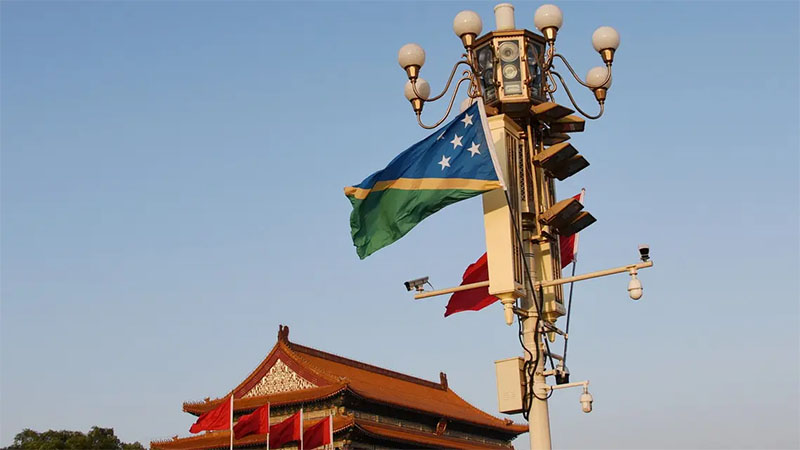 Australia’s Minister for the Pacific was dispatched to the Solomon Islands on Tuesday over a controversial security pact Western allies fear will enable a Chinese military foothold in the South Pacific.

Minister Zed Seselja will travel to Honiara, his office confirmed, despite his political party in Australia being in the grips of a close-fought federal election campaign.

“My discussions will include the proposed Solomon Islands-China security agreement,” Seselja said in a statement.

A spokesperson for Solomon Islands Prime Minister Manasseh Sogavare told AFP the Pacific nation’s leader would “love to meet” with the Australian minister in Honiara.

A draft version of the security pact sent shockwaves across the region when it was leaked last month – particularly measures that would allow Chinese security and naval deployments to the Solomon Islands.

The United States and Australia have long been concerned about the potential for China to build a naval base in the South Pacific, allowing its navy to project power far beyond its borders.

Prime Minister Sogavare has said his government has “no intention whatsoever… to ask China to build a military base in the Solomon Islands.”

Last late month, officials from China and the Solomon Islands agreed on elements of the final security agreement, but the document has not been made public.

The leaked draft would allow for armed Chinese police to be deployed at the Solomon Islands’ request to maintain “social order.”

Without the written consent of the other party, neither would be allowed to disclose the missions publicly.