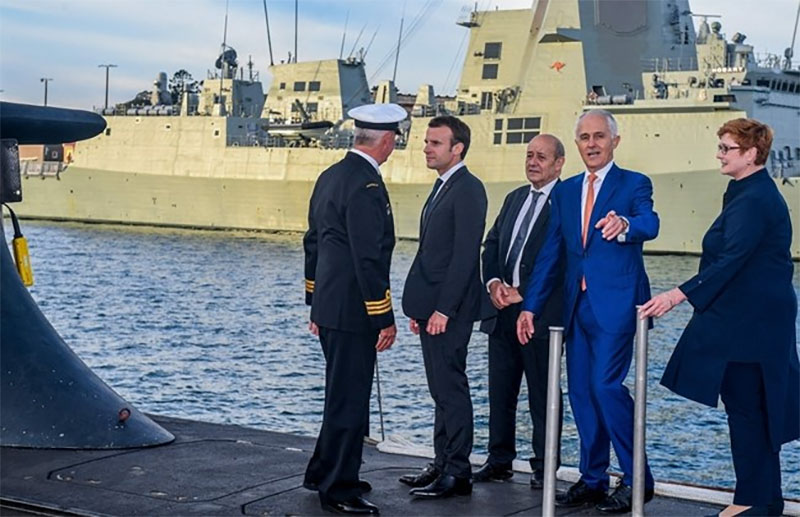 Australia defended its scrapping of a deal for French submarines on Sunday, saying the government had raised concerns to Paris for months, as a new deal with the United States and Britain continued to fuel a multinational diplomatic crisis.

Australia ditched the 2016 deal with France’s Naval Group to build a fleet of conventional submarines, announcing on Thursday a plan to build at least eight nuclear-powered ones with U.S. and British technology in a trilateral security partnership.

The move infuriated France, a NATO ally of the United States and Britain, prompting it to recall its ambassadors https://www.reuters.com/world/asia-pacific/australian-pm-says-he-made-clear-france-possibility-scrapping-submarine-deal-2021-09-17 from Washington and Canberra. It also riled China https://www.reuters.com/world/asia-pacific/australia-get-us-nuclear-submarine-technology-china-looms-large-2021-09-15, the major rising power in the Indo-Pacific region.

Morrison said he understood France’s disappointment over the cancellation of the order – valued at $40 billion in 2016 and reckoned to cost much more today – but reiterated that Australia must always take decisions in its best interest.

“This is an issue that had been raised by me directly some months ago and we continued to talk those issues through, including by defence ministers and others,” Morrison told a briefing.

The new trilateral deal has put Washington in an unprecedented diplomatic crisis with France that analysts say could do lasting damage to the U.S. alliances with France and Europe, also throwing into doubt the united front https://www.reuters.com/world/french-break-up-blow-bidens-china-focused-alliance-rebuilding-2021-09-18 that U.S. President Joe Biden has been seeking to forge against China’s growing power.

Paris has called the cancellation a stab in the back https://www.reuters.com/world/europe/australia-made-huge-mistake-cancelling-submarine-deal-says-french-ambassador-2021-09-18, with Foreign Minister Jean-Yves Le Drian saying relations with the United States and Australia were in a “crisis”.

Morrison said he had informed France about the new deal at 08:30 p.m. on Wednesday. He, Biden and British Prime Minister Boris Johnson announced it at 7 a.m. Canberra time on Thursday (2100 GMT on Wednesday).

Defence Minister Peter Dutton said Australia was “upfront, open and honest” with France about its concerns.

“Suggestions that the concerns hadn’t been flagged by the Australian government, just defy, frankly, what’s on the public record and certainly what they’ve said publicly over a long period of time,” Dutton told Sky News.

He declined to reveal costs of the new pact, saying only that “it’s not going to be a cheap project”.