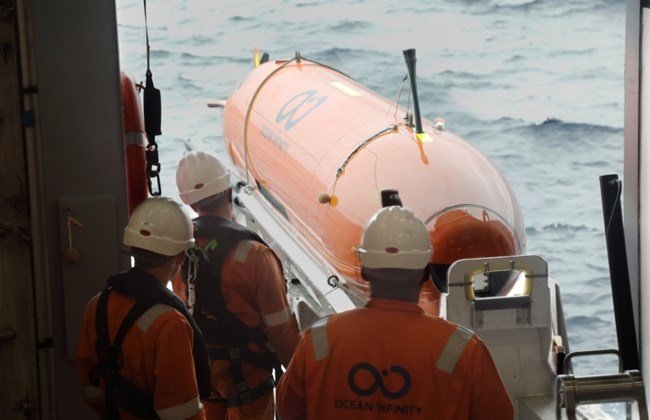 Australian authorities say they have helped make the Indian Ocean safer for air and sea travelers since Malaysia Airlines Flight 370 vanished in the vast expanse four years ago through search and rescue training with island nations.

Search and rescue officials from Mauritius, the Maldives and Sri Lanka are visiting the Australian Maritime Safety Authority headquarters in Canberra this week as part of a regional training program that began in 2015.

Rick Allen, an Australian search and rescue coordinator who is taking part in the training, said five Sri Lankan fishermen were rescued faster and more efficiently after their boat sank in 2016 thanks to the three countries having an Australian online broadcast system to alert merchant shipping to emergencies.

“We’re all about strengthening the response options that are available in search and rescue. We’re particularly dealing in that remote northwestern part of the Indian Ocean,” Allen said.

“Already we’re seeing benefits. So the program not only involved work-shopping, meeting together, it also involved delivering systems and delivering tool that enable our partners to work more effectively in search and rescue,” he added.

Australia has developed particular expertise in search and rescue operations that test the limits of the distances that search planes can stay airborne.

Because of Australia’s isolation, the nation of just 24 million people has search and rescue responsibility for around 10 percent of the Earth’s surface.

From a downtown second-floor control room in land-locked Canberra, the authority coordinated a massive multinational search by air and sea search for Flight 370.

The plane is thought to have crashed in the remote, far southern Indian Ocean on March 8, 2014.

The Boeing 777 with 239 passengers and crew on board was initially thought to have crashed on its flight path from Kuala Lumpur, Malaysia, to Beijing. Subsequent information confirmed the plane had flown far off course.

Aircraft based in the west coast city of Perth searched for more than a month across more than 4.6 million square kilometers of ocean.

An aviation official from Mauritius has been attending the training sessions since they began in January 2015. A wing flap confirmed to be part of Flight 370 was found on a Mauritius beach in May 2016, brought by ocean currents from the presumed-but-still-not-found crash site.

“The great thing about this program is the human-centered approach,” Mohammad Karimbocus said, chief officer in the Mauritius Department of Civil Aviation.

“It is also concentrating on getting people competent enough to deal with the unexpected and unlikely disaster scenario – all in the light of the MH370 tragedy,” he added.

While Flight 370 motivated the program, officials worked on more mundane scenarios this week in Canberra’s Joint Rescue Coordination Center, where maritime and aviation incidents are managed side by side.

The maritime officials handled the imaginary rescue of a merchant seaman who fell overboard from a cargo ship deck off the north Australian coast near the city of Darwin. Aviation officials dealt with a scenario of a light plane that reported smoke in the cockpit while flying toward Darwin.

The training program is funded out of Australia’s foreign aid budget and aims to strengthen cooperation and capability with the three countries which border Australia’s search and rescue region in a vast and remote part of the world.