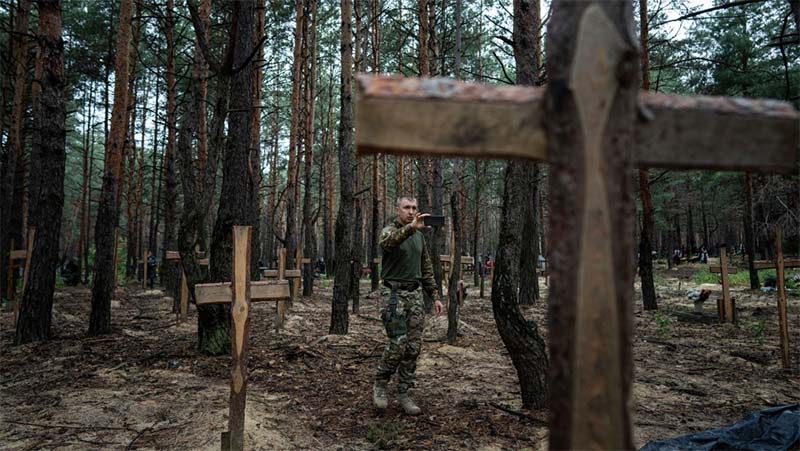 IZIUM, UKRAINE – Ukrainian President Volodymr Zelenskyy has cited evidence of atrocities in a mass burial site that has been found in an area recently freed of Russian occupation.

In an unusual special video, Zelenskyy said hundreds of people had been found “tortured, shot, killed by shelling” at the site in Izium. He cited evidence of atrocities such as a body with a rope around its neck and broken arms.

In the video, Zelenskyy says more than 400 graves have been found at the site but that the number of victims isn’t yet known. Zelenskyy, who visited the Izium area on Wednesday, said the discoveries showed again the need for world leaders to declare Russia a state sponsor of terrorism.

Related Topics:atrocitiesEuropeIziumVolodymr Zelenskyy
Up Next

Armenia says deadly clashes with Azerbaijan could escalate into war