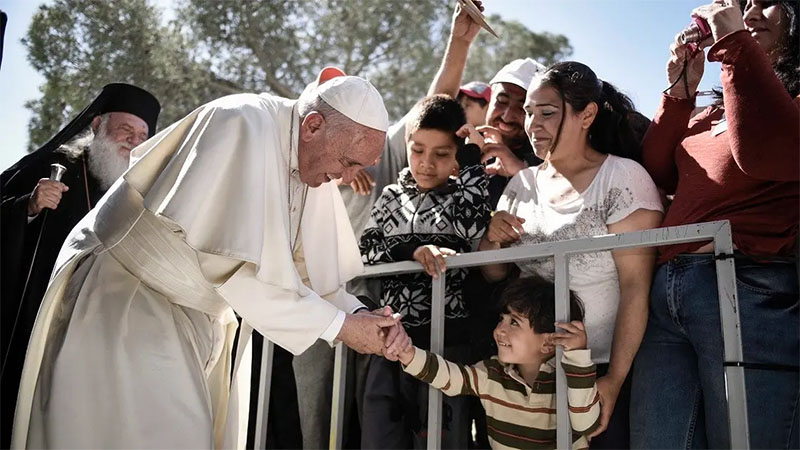 Twenty-nine asylum seekers landed Wednesday on the Greek island of Lesbos, four days before Pope Francis was to make a symbolic visit to the migration hotspot emblematic of Europe’s long-running refugee crisis.

The Somalis, Syrians and Palestinians will be tested for COVID-19 and quarantine after landing near the camp that Francis will visit on Sunday, said the camp’s deputy director Dimitris Vafeas.

Greece was at the center of Europe’s 2015 migrant crisis peak as its Aegean islands were the first destination for mainly Middle Eastern migrants entering the European Union from Turkey.

Lesbos once harbored the Moria refugee camp, which was Europe’s largest until it burned down last year.

Francis will visit the new Mavrovouni camp, which replaced the Moria camp.

A large security presence involving 900 police officers is being readied on the island.

The head of the Catholic Church, who has long defended migrants’ rights and denounced the “hostility” of European governments, visited Lesbos in 2016 and brought back aboard his plane three Syrian Muslim families whose houses had been bombed.

According to the UN High Commissioner for Refugees (UNHCR), 3,653 people have arrived on Greece’s islands so far this year.

In November, only 196 migrants applied for asylum on the islands, a decrease the Greek government welcomed.

But NGOs, the UNHCR and journalistic investigations attribute the decrease to the Greek government illegally forcing migrants back to Turkish waters and preventing them from applying for asylum.

Blinken says Russia could move on Ukraine ‘on short order’

France: All travelers from outside EU will need negative COVID test