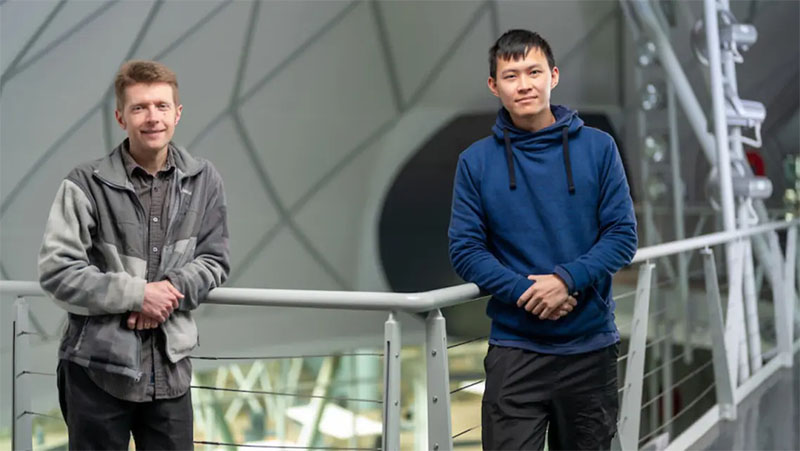 Astronomers believe they have discovered the fastest-growing black hole of the past nine billion years – and it has the estimated mass of three billion suns.

The supermassive black hole consumes the equivalent of one Earth every second and shines 7,000 times brighter than all the light from our own galaxy.

The discovery was made by an international team led by astronomers at The Australian National University (ANU), who relseased details about the find on its website.

Lead researcher Dr. Christopher Onken and his co-authors describe it as a “very large, unexpected needle in the haystack”.

“Astronomers have been hunting for objects like this for more than 50 years. They have found thousands of fainter ones, but this astonishingly bright one had slipped through unnoticed,” Dr Onken said.

The black hole has the mass of three billion suns. Others of a comparable size stopped growing so quickly billions of years ago.

“Now we want to know why this one is different – did something catastrophic happen? Perhaps two big galaxies crashed into each other, funnelling a whole lot of material onto the black hole to feed it,” Dr Onken said.

Co-author Associate Professor Christian Wolf said: “This black hole is such an outlier that while you should never say never, I don’t believe we will find another one like this.”

“We are fairly confident this record will not be broken. We have essentially run out of sky where objects like this could be hiding.”

The black hole has a visual magnitude of 14.5 – a measure of how bright an object appears to an observer on Earth.

This means anyone with a decent telescope in a very dark backyard can see it comfortably.

“It is 500 times bigger than the black hole in our own Galaxy,” co-author and ANU PhD researcher Samuel Lai said.

“The orbits of the planets in our Solar System would all fit inside its event horizon – the black hole’s boundary from which nothing can escape.”

The discovery was made as part of the SkyMapper project.

The research has been published to arXiv and submitted to Publications of the Astronomical Society of Australia.

In Tarantula Nebula, a stunning view of stars being born