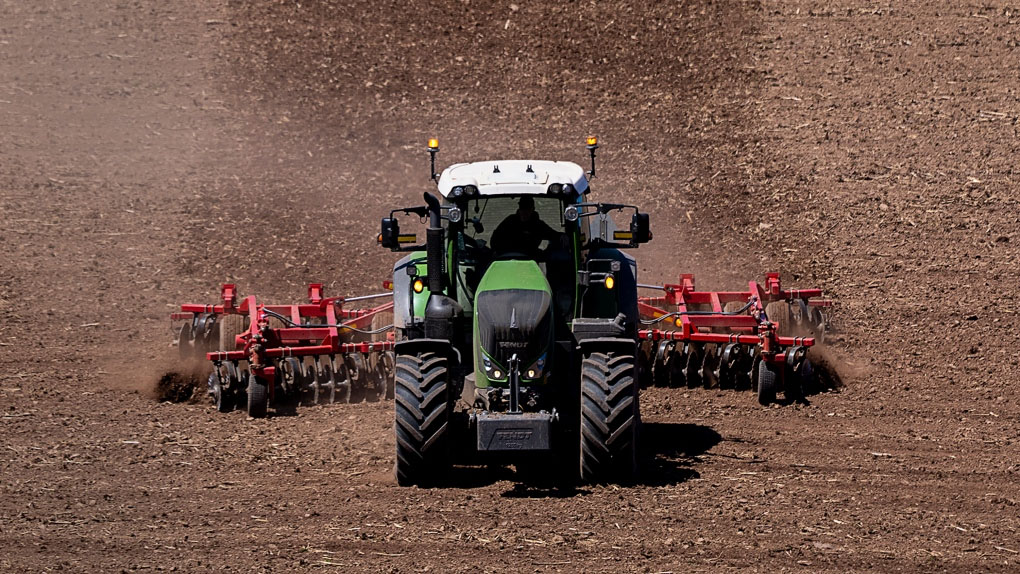 The soaring cost of food means Canadians are paying more for meat, fruits and vegetables, but that money isn’t making its way back to farmers.

“We’re price takers, we’re not price givers,” said Bill Eek from his farm in Ontario’s Holland Marsh. “So it’s not us taking the money from the consumers.”

The Eek family has been growing carrots and onions for three generations, and have watched as the cost to buy basically everything for their farm has soared.

“The big thing would be the fuel, it’s double what it was last year,” said Eek.

Russia’s invasion of Ukraine, lingering pandemic supply chain issues and labour shortages have all contributed to record-setting inflation. According to Statistics Canada, Canadians are paying nearly 10 per cent more for food than they did last year.

Stewart Wells is a farmer in Swift Current, Sask. and also works with the National Farmers Union. He says farmers are being squeezed as they have to pay more to plant, grow and harvest crops, but aren’t able to charge more to vendors.

“The prices for everything we buy, every raw material we use to grow a crop has increased much faster than the prices we receive,” said Wells. “Less and less of the money consumers pay for food is actually making it back to the farmer who grew it.”

At the same time, grocery companies are posting record profits. In the first quarter of 2022, Metro posted a 5.3 per cent rise in net earnings, while Empire Co., which owns Sobeys, saw a 15.4 per cent increase. Loblaw’s profit surged 40 per cent.

“Certainly input costs are playing a role in higher grocery prices,” says David Macdonald, a senior economist with The Canadian Centre for Policy Alternatives. But he adds, companies are able to pass the increase in the cost of goods along to the consumer, “and then some.”

“The net result is the grocery store industry made $4 billion more in 2021 than it made in 2019 pre-pandemic.”

In a statement, Loblaw said: “The suggestion that grocery store profits are driving food inflation is completely false and misleading.” The company adds that grocery is a low-profit business that “made less than four cents for every dollar sold” last quarter.

Metro says its gross-profit margins are essentially unchanged, and attributes increases in growth to strong sales in its pharmacy business.

Canadian companies are not alone in experiencing record earnings over the last two years. According to Oxfam, 62 new food billionaires were created globally in the last 24 months.

Macdonald says both energy companies and grocery stores should pay more in taxes and suggests they too should pay the one-time 15 per cent tax levied against banks and insurance companies who made record profits during the pandemic.

“Grocery stores made a lot of money, oil and gas companies are going to make record profits this year. Let’s get everybody to pay that rate and use it for some useful purpose like a transfer to low income households who are trying to afford food and gas,” said Macdonald.

There are also calls for energy companies to pay a so-called “windfall tax.” This week B.C. Green Leader Sonia Furstenau joined her counterparts in New Brunswick and P.E.I. in calling for a national tax on the profits of oil and gas companies.

“Across Europe right now, we are seeing countries bring in these windfall taxes for energy companies profiting from war in Ukraine. Canada should do the same.”

B.C. pharmacies told to keep baby formula behind the counter during shortage