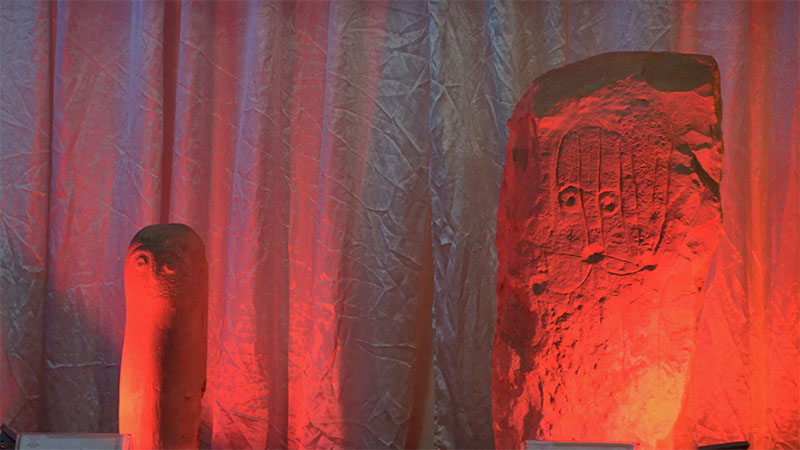 A team of French and Jordanian archaeologists made an exciting discovery on Tuesday when they unearthed a ritual hunting site that is roughly 9,000 years old. The team found over 250 artifacts that have led them to believe neolithic humans’ hunting strategies were much more advanced than previously thought.

“This is a unique site where large quantities of gazelles were hunted in complex rituals. It has no rival in the world from the Stone Age,” said Wael Abu-Azizeh, the co-director of the South Eastern Badia Archaeological Project (SEBAP). The crew has been working on the site since 2013.

The archeologists found traps made for hunting gazelles, made up of long converging stone walls meant to trap the gazelles so that they could be killed more easily.

These structures are referred to as “desert kites”, or mass traps, and though there are many found throughout deserts in the Middle East and southwest Asia. Archaeologists say these are the oldest, largest, and best preserved.

“The site is unique, first because of its preservation state,” said Abu-Azizeh. “It’s 9,000 years old and everything was almost intact.”

Also found on the site were two carved standing stones both with images of human-like figures. One of which is accompanied by the neolithic hunters’ interpretation of their desert kite, as well as an altar, hearth, and marine shells.

Researchers are saying the shrine sheds “an entire new light on the symbolism, artistic expression, as well as spiritual culture of these hitherto unknown Neolithic populations.”

Because of the site’s circular hut-like dwellings and large quantities of gazelle remains, the archaeologists believe that these Jordanian hunters from the Stone Age were not only hunting for their own needs, but were also trading with neighboring settlements.

“They attest to the rise of extremely sophisticated mass hunting strategies, unexpected in such an early time frame,” said SEBAP of the desert kites.

Jordan’s other historical treasures include Petra, believed to have been built in 312 BCE, making it one of the oldest cities in history, and was first discovered in 1812 by those in the West.

Jerash, which is an ancient Roman city in Jordan, is also one of those significant gems that causes quite a spectacle for visitors. The major tourist attraction was first settled by humans between 7,500 and 5,500 BCE, and was founded as a Hellenistic city sometime in the 2nd century BCE.

The well-preserved Roman and Byzantine ruins are a major tourist attraction. Over 300,000 tourists visited the site in 2018, while more than one million people visited Petra in 2019. Tourism Minister Nayef al Fayez says that Tuesday’s discoveries are a spectacular addition to these heavily trafficked, ancient sites.