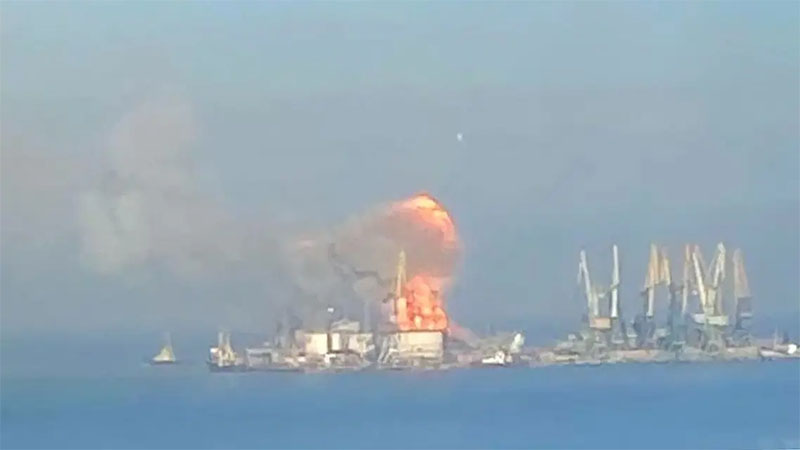 A Russian naval support ship, the “Vsevolod Bobrov”, is being towed from the area of Snake Island after it caught fire, spokesperson for the Odessa regional military administration said on Thursday.

“As a result of the actions of our military sailors, the logistics ship Vsevolod Bobrov, one of the newest in the Russian fleet, [caught fire]. They say that it is [being towed] to Sevastopol,” the Ukrinform news agency quoted spokesperson Serhii Bratchuk as saying.

The Ukrainian statement comes almost a month after Russia’s Moskva warship was hit by two Ukrainian missiles before it sank in the Black Sea.

It was a huge victory for Kyiv when Moscow confirmed the Ukrainian account that the Moskva was struck by two Neptune missiles which led to the fire onboard the ship and it eventually sinking.

The sinking of the Russian warship in mid-April marked a milestone for the Ukrainian’s resistance ever since Russia invaded in February 24.