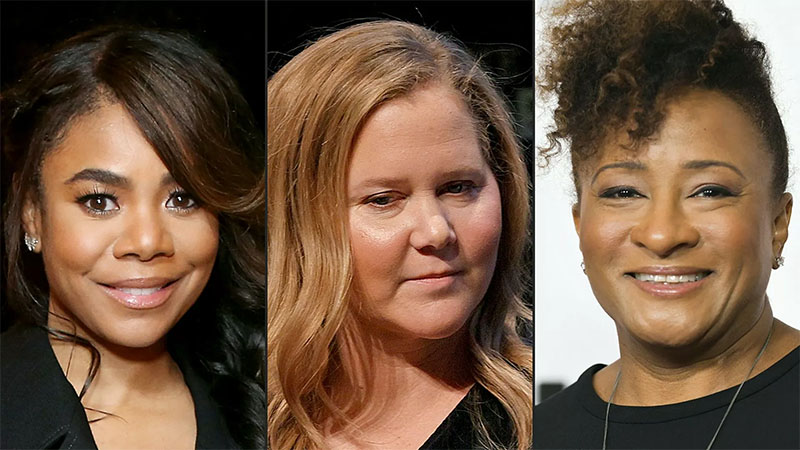 The 94th Academy Awards will be a star-studded night as Hollywood’s biggies traipse down the red carpet at the iconic Dolby Theatre in Los Angeles, US on 27 March 2022 to discover who are the lucky recipients of this year’s clutch of Oscars.

American comic artistes Amy Schumer, Regina Hall and Wanda Sykes are the talk of tinsel town as they have reportedly been booked as hosts of the forthcoming 94th Academy Awards, aka the Oscars.

According to a report by entertainment news website Variety, the awards producer, filmmaker Will Packer, has been bending over backwards to create a three-act structure for the big night, which would showcase a different pair of emcees every hour.

After meetings with several top talents over the past few weeks, Packer has reportedly found his all-female team of hosts including Amy, Regina and Wanda to bring comic appeal to Hollywood’s biggest night.

Though a formal announcement has yet to be made about who is hosting the Oscars, Schumer gave fans a hint by posting a lengthy note Instagram story with some of her biggest career highlights, and captioned, “Big fun news comin.’”

Schumer shot to fame with her award-winning sketch series for hit Comedy Central show ‘Inside Amy Schumer’ and Sykes won millions of hearts with her acting and as creator of the sitcom ‘The Upshaws’ on Netflix.

Hall, who received critical acclaim for her performance in the film ‘Support the Girls’, has also appeared in the ‘Scary Movie’ film series, ‘The Best Man’ and ‘The Hate U Give’.

Miss World crowned amid calls for peace in Ukraine