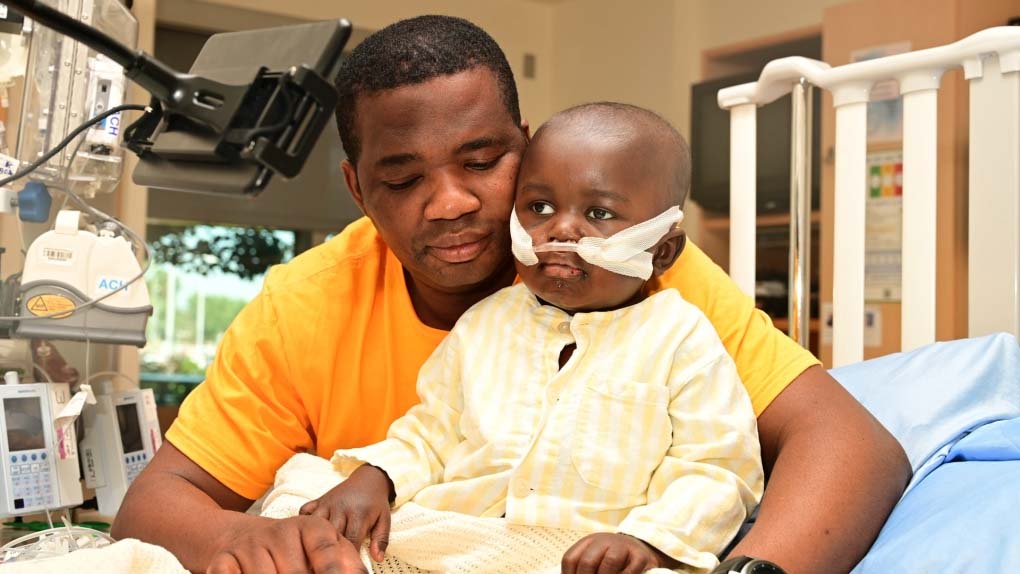 An Alberta family is planning to continue helping others find stem cell matches after their toddler died waiting for one.

Ezra Marfo of Lac La Biche was diagnosed with a rare form of leukemia in 2021. Ezra’s father, Jacob Marfo, became a stem cell donor but wasn’t a perfect match, so he started holding events looking for a match.

Ezra was of African descent and less than one per cent of people who join the stem cell program at Canadian Blood Services (CBS) are of African origin, according to Adrienne San Juan, with CBS.

“It’s so easy, the stem cell, it’s just a swab in the mouth for saliva, and a lot of people were not aware of it,” said Jacob.

Earlier in the year, Jacob partnered with CBS to raise awareness of Ezra’s need for a donor and the need for donors from diverse backgrounds. Only 33 per cent of the stem cell registry consists of ethnically diverse individuals, according to San Juan.

“Even though Ezra was just two, he was very selfless… so I have to continue his legacy of being selfless by doing what’s going to help other people… so that no parent, grandparent, boyfriend or girlfriend goes through what I have,” said Jacob.

Jacob was on a cross-Canada search for a donor, including events in Ontario over the weekend, when Ezra died on Friday.

“I’m grateful to him for the two years he spent with me,” said Jacob.

“Ezra fought not just for himself, but for other people, so I’m very grateful that his short life is going to have an impact on a lot of other people. His legacy will continue to live on.”

Swab4Ezra events will continue, as the family wants to keep expanding the stem cell registry to help other people get the life-saving transplant they need.

Jacob thanked all the volunteers who have and continue to help at the stem cell drives and the people who have joined the registry.

“We are grateful to all of you, you have been amazing,” said Jacob.

The process to become a donor is simple: After answering a health questionnaire, you get a swab kit to collect DNA.

According to San Juan, most people on the registry will never receive a call to donate, but those who do won’t need invasive surgery as 90 per cent of donations are made through a process similar to donating blood.