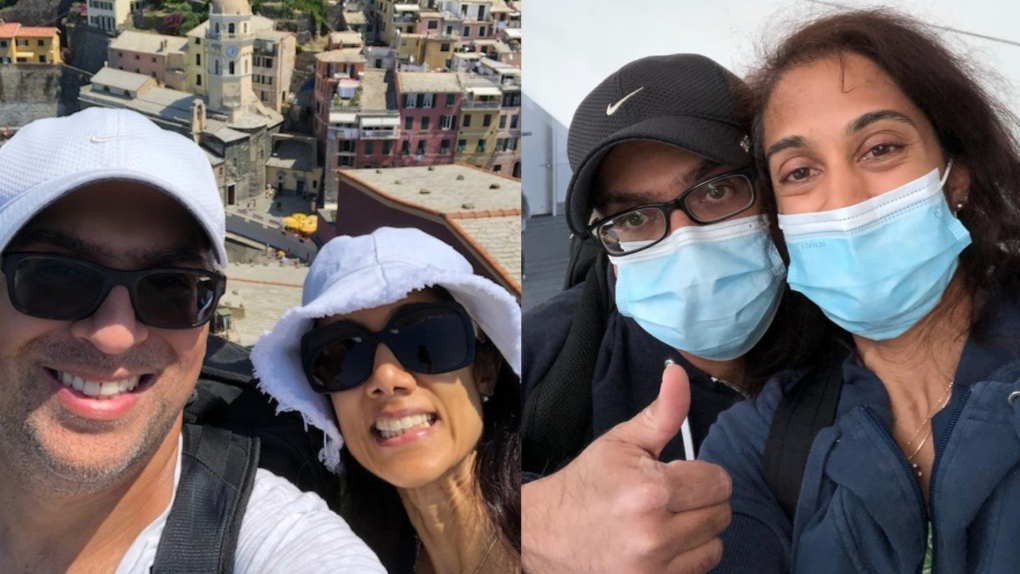 An Air Transat passenger said he was forced to pay $5,000 out of pocket because he was “utterly abandoned” by the airline after he fainted and was denied taking a flight home to Toronto.

Shaun Mehta said he began to feel unwell as he was boarding a flight in Barcelona set for Toronto on July 10.

“The final passengers were still being boarded when I was overcome by dizziness and nausea. I passed out in my seat,” Mehta told CTV News Toronto.

Flight attendants, along with a passenger who was a doctor, surrounded Mehta and gave him oxygen, which he said significantly helped.

Spanish paramedics then came onboard and tested his vitals, which Mehta said he passed and was cleared to fly. He speculated the episode was related to vertigo from leaving the cruise ship he spent his vacation on.

In Mehta’s medical report, obtained by CTV News Toronto, paramedics checked off “normal” for his breathing and “voluntary discharge” in their conclusion, describing his symptoms as “moderate.”

“I just wanted to get home at that point,” he said.

But then, Mehta said a flight attendant approached him and said the pilot was uncomfortable flying with him onboard.

“They said, ‘If you don’t leave we will escort you off the plane,’” Mehta said.

In a statement to CTV News Toronto, Air Transat said that information regarding the passenger’s symptoms was transferred to MedAire, a company that specializes in medical and travel support.

“After analyzing the situation and discussing with the captain, MedAire deemed the passenger should indeed not travel. The paramedics arrived shortly thereafter and took over the patient’s care,” Air Transat spokesperson Marie-Christine Pouliot said.

“Passengers who are denied boarding for medical reasons must contact their travel insurance provider to cover any accommodation or travel costs.”

While Mehta was eager to get home, he said the Air Transat crew members assured him that he would be taken care of. He kissed his 12-year-old daughter goodbye, left her with her grandparents, and exited the plane with his wife.

“I expected an Air Transat representative to find us another flight, re-assess me medically, and take care of our food and accommodations needs, if necessary,” Mehta said.

“None of this happened.”

Instead, they were escorted to a taxi stand by an airport employee, which confused Mehta and his wife a they had nowhere to go.

After expressing this to the escort, Mehta said they were taken to a kiosk with various airline logos. There, they were handed a card with an Air Transat phone number for their headquarters in Montreal.

“It’s Sunday morning in Montreal, no one is going to answer,” he said. As expected, he said they were unable to reach anyone.

“We had been utterly abandoned by Air Transat,” he said.

Desperate to get home, Mehta said they called their travel agent. The next Air Transat flight to Toronto wasn’t for days, so the agent booked them on an Air Canada flight the following morning, along with a hotel for the night. The total cost of the last-minute purchases was $5,000.

Since then, Mehta says he has received no communication from Air Transat.

According to the Air Transat website, if a passenger is denied boarding for reasons within the airline’s control, including those for safety purposes, Air Transat will offer food and drink, access to means of communication, hotel accommodation and ground transportation free of charge.

“The moment I was removed from the flight, I didn’t seem to exist or matter to Air Transat. I have never felt so insignificant,” he said.