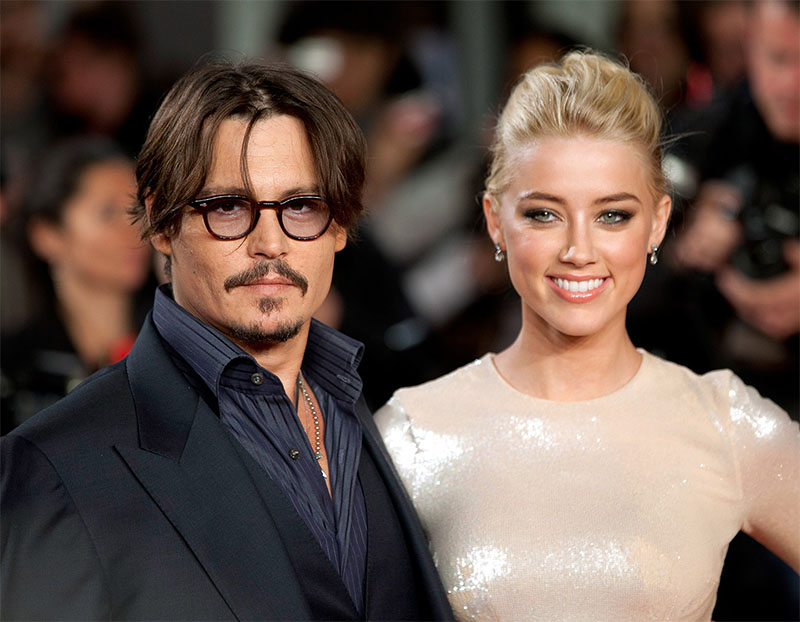 After six weeks of testimony in a defamation trial that has aired the good, bad and the very ugly of Johnny Depp and Amber Heard’s former relationship, the case is now in the hands of the jury.

Whatever the verdicts in Depp’s $50 million suit and Heard’s $100 million countersuit, something else is true — the fate of their respective careers will be decided in the court of public opinion, according to Hollywood insiders.

CNN spoke with six entertainment industry experts for this story, some of whom spoke on background to protect professional relationships.

Whether fair or unfair, the wave of support Depp has received on social media during the trial — especially on TikTok — may serve him well going forward, one veteran publicist who has known Depp for years told CNN.

“I wasn’t sure what to expect before he took the stand and if anything, I believe this has done nothing but help his public image,” the source said.

Another top Hollywood publicist, who hasn’t worked with either Depp or Heard, said neither of their images have fared well.

“Both are highly dysfunctional. Money is toxic and greed destroys. No one wins here,” this publicist said.

Naturally, there are hurdles for both actors to overcome once their legal battle ends.

Heard testified that Depp was verbally and physically abusive. She also accused Depp of sexual violence during their relationship.

Depp claimed multiple times on the stand that he has never struck a woman, denied Heard’s allegation of sexual battery and called himself a victim of domestic abuse by Heard, which she denies.

Photographs as well as audio and video recordings painted a picture of two people in a relationship with what was characterized as “mutual abuse” by Laurel Anderson, a clinical psychologist who worked with Depp and Heard in 2015 as their marriage counselor, in testimony played on April 14. (To illustrate how contentious this trial has been, the witness’s use of the term itself has spurred criticism.)

Entertainment agent Darryl Marshak thinks film studios might — at least, initially — be hesitant to engage with the actors entangled in a controversy that has played out so publicly.

“Robert Downey Jr. won an Academy Award and then aired his personal business out in the world and people kind of recoiled,” said Marshak, who has previously represented stars like Leonardo DiCaprio and Hillary Swank. “I think Hollywood is a strange place. When you air your dirty laundry in front of the machine, the executives, all the people that make the parts move, they sort of recoil from a hot flame.”

Depp claims a 2018 op-ed by Heard in which she described herself as “a public figure representing domestic abuse” defamed him. He has starred in two films since the op-ed, which did not mention him by name, “Waiting for the Barbarians” and “Minamata,” both independent films.

Heard, whose countersuit claims she was defamed by an attorney for Depp who called her abuse allegations a “hoax,” will appear in the sequel to “Aquaman,” scheduled for release in 2023.

“Hollywood is also forgiving and as it moves forward and this thing stops airing and Johnny is able to move fluidly back into the business. I think he’ll reemerge again,” he said. “Hollywood is a fickle place.”

The courtroom performance by the legal teams for Depp and Heard — a live-streamed trial watched by millions — may also shape industry perspective on the two stars.

“Globally, people have seemingly become polarized by the trial, we have watched this unfold in the press prior to its culmination in the courtroom, ” Amanda K. Ruisi, Founder & President AKR Public Relations & AKR Ventures, told CNN.

“Mr. Depp’s legal and strategic communications team have done an incredible job in delivering a consistent message in the courtroom and throughout the media, which I believe has helped corral the support from his fan base.”

Not that Depp’s supporters needed the nudge. The scales of social media justice are heavily tipped in his favor, so much so that the imbalance has prompted headlines pondering the reason behind it. One writer for The Cut asked, “Here is a woman recounting, in agonizing detail, how an extremely famous man allegedly abused her. Why, in 2022, do so many people seem to hate her for it?”

Sociologist Nicole Bedera offered a few theories — both on Twitter and in an article for Harpers Bazaar — about why both female survivors of domestic abuse and many women period have seemed to support Depp.

“It can be scary– and for victims, re-traumatizing — for women to empathize with an abuse survivor. If violence really *is* everywhere and if it *feels* like it can happen to anyone, then a lot of women will start to worry that they will be next,” she wrote. “So is it surprising that a lot of women are coming to Depp’s defence? No. Not at all.”

Heard has had her supporters, but notably fewer vocal ones than Depp — both in the entertainment business and in and around the courthouse.

Heard’s former co-star David Krumholtz has come to her defence publicly, actress Ellen Barkin testified for her defence team and comedian Kathy Griffin, who wrote in response to a pre-trial Tweet from Heard, “I’m thinking about you and sending all the love.”

For two working actors, the question once court is adjourned is will producers send them scripts as reliably as onlookers have been sending Tweets?

The crux of both Heard and Depp’s lawsuits rest in claims that their careers — specifically their futures in respective film franchises — have been adversely affected.

During the past several weeks of testimony, Depp’s team has tried to prove that Depp, who portrayed Jack Sparrow in five films, was dropped from a potential sixth film in the “Pirates of the Caribbean” franchise due to Heard’s op-ed.

Jerry Bruckheimer, who produced the “Pirates of the Caribbean” films, told The Times that “the future is yet to be decided,” regarding Depp’s involvement in a possible next installment.

The producer said that the creative team is “developing two ‘Pirates’ scripts” — one that would potentially have Margot Robbie as the lead and “one without” Robbie.

The last film was 2017’s “Pirates of the Caribbean: Dead Men Tell No Tales.”

In a taped deposition played for the court, Depp’s former agent, Christian Carino, who began representing Depp in October 2016 and even represented Depp and Heard at the same time, testified that he believed accusations of domestic violence made by Heard against Depp cost the actor a paycheck that would have been worth tens of millions of dollars.

And when an attorney for Heard pressed Carino on other issues Depp may have had while working on previous “Pirates” films, he dismissed them.

“I’m aware of him being tardy but he’s been tardy on everything his entire life,” Carino said. “I think it’s troublesome to everybody, but everyone has learned how to produce a film to deal with it.”

Other witnesses saw his behaviour as more detrimental.

Tracey Jacobs, who testified in a recorded deposition and represented Depp for 30 years as his talent agent before being terminated, said as a witness that she was honest with Depp that showing up late consistently to sets and his behaviour, including drug and alcohol use, was hurting his career.

“His star had dimmed due to it getting harder to get him jobs given the reputation that he’d acquired due to his lateness and other things,” Jacobs testified. “People were talking and the question was out there about his behaviour.”

A Hollywood director, who hasn’t worked with Depp but has met him, told CNN that he doesn’t think Depp will ever helm another major franchise.

“I believe that Johnny Depp will be able to be cast in various independent films because he still has significant name value and there’s an audience for him, however the studios will be more cautious because of insurance reasons and because of the potential to stop protection and they would be more concerned about public backlash as opposed to smaller independent companies,” he said.

When it comes to Heard, the director believes the attention around the trial hasn’t helped her image.

Currently, there’s a petition to have Heard dropped from the upcoming “Aquaman” sequel, which has already been filmed and is in post-production. (CNN and Warner Bros. are both part of Warner Bros. Discovery.)

That likely won’t happen. But Walter Hamada, the head of DC Films, which produced “Aquaman,” testified that the creative team had concerns about Heard resuming her role in the franchise over a lack of chemistry with co-star Jason Momoa.

He also said the studio never planned to portray Heard as a co-lead in the second film and that Heard’s role was not reduced in the forthcoming film, titled “Aquaman the Lost Kingdom.”

“His testimony, whether true or an act has caused a resurgence of fans who missed him,” he said. “For his reputation and career, studios see he still has a fan base,” he said.

As for Heard, whose career was less established than Depp’s when their relationship and troubling accusations began, that’s harder to say, according to sources.

Almost a decade ago, before the drama with Depp came to light, Heard told Vanity Fair she was up for the ebbs and flows of an acting career.

“Do you think you would have pursued it if you knew it was gonna be this much of a circus?” Heard was asked in a 2013 interview.

“Absolutely,” Heard responded. “I love very much the struggle that you’re constantly…you’re constantly put in a state of fight or flight. It’s a constant struggle. So I don’t know if I could have it any other way.”

‘Top Gun: Maverick’ brings back the Taiwan flag after controversy