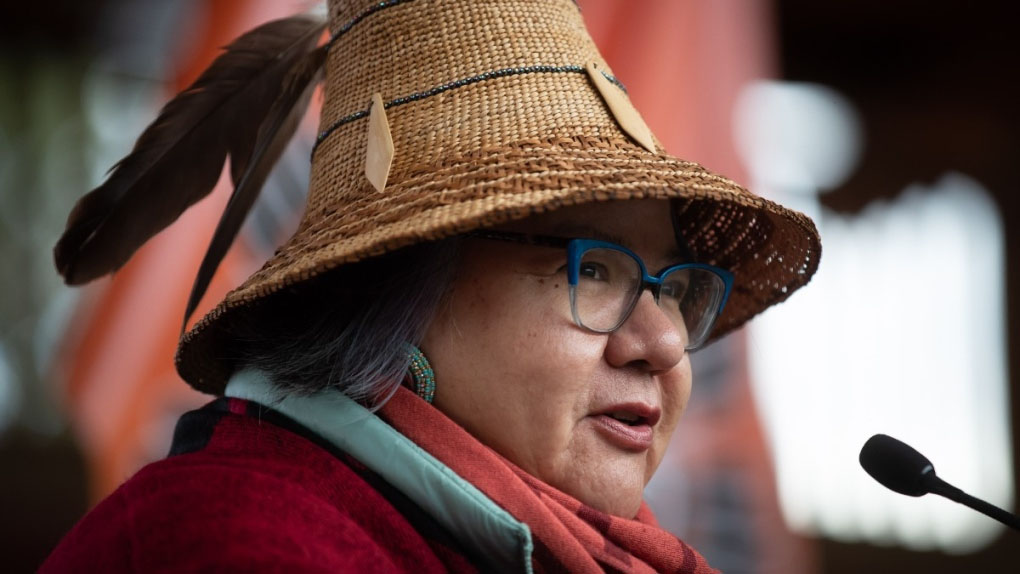 The Assembly of First Nations has suspended National Chief RoseAnne Archibald, a day after she issued a public statement criticizing the organization and just as she becomes the subject of an investigation involving multiple complaints against her.

A statement released by the AFN on Friday evening said the executive committee and national board of directors voted to suspend Archibald effective immediately.

The AFN points specifically to a public statement the national chief made on Thursday as the reason for its decision.

That day, Archibald released a statement on Twitter saying despite campaigning to bring “truth, transparency, and accountability” to the AFN, there has been “extreme resistance to this positive change” for nearly a year.

Her statement included a number of other accusations against the organization, as well as calls for a forensic audit and independent inquiry into the conduct of the AFN over the past eight years. Archibald levied further charges against the AFN on Friday.

The AFN says Archibald’s comments, “breached her obligations,” including the oath of office, code of conduct and whistleblower policy.

“It is regrettable that we had to take this severe action but we had no other choice,” Regional Chief and AFN spokesperson Paul Prosper said in the statement from the AFN.

“The National Chief has committed serious breaches of her obligations to the AFN through unfounded and unsubstantiated public attacks on the integrity of our organization and our employees that will only serve to undermine the good work we do as we continue to serve our First Nations communities.”

Earlier Friday, the AFN announced that an outside investigator would review a series of complaints made against Archibald last month.

The AFN said it looked into the matter, in accordance with its internal human resources policy, “and determined that the findings support the pursuit of further investigation.”

The organization now says it suspended Archibald with pay pending the outcome of that investigation, which involves four complaints.

The AFN has not disclosed the exact nature of the complaints.

Responding to her paid leave, Archibald said she was locked out of her email without prior notice, calling it a signal of “the beginning of a seemingly staged coup by Regional Chiefs.”

Archibald has criticized the AFN in the past, having pledged to make the organization more inclusive and transparent.

“I have the ability to create space that is respectful and kind to other leaders and at the same time, hold them to account. I’m holding two spaces within me,” she said at a news conference in July 2021.

“I know that with that heart-centred approach, together with any government we can move the yardstick, we can create quantum leaps of change and that’s my plan.”

At the time, Archibald also addressed some aspects of an internal investigation the AFN launched against her over alleged harassment.

She said she was never interviewed for that investigation, but believes it involved her raising concerns about alleged harassment and bullying of women, LGBTQ2S+ people at the organization.

Related Topics:Assembly of First NationsCanadaNational Chief RoseAnne Archibald
Up Next

F1 racer Sebastian Vettel on the attack against Alberta’s oilsands