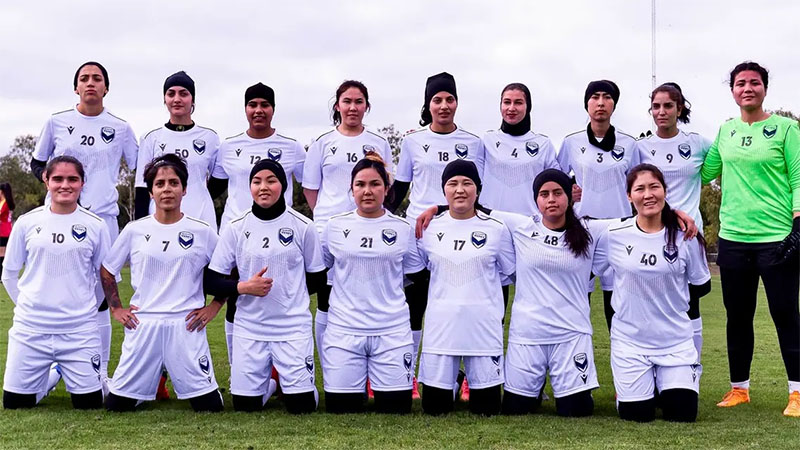 Afghanistan’s women’s football team has played its first match since its evacuation from the Taliban-led country last year, helped by A-League team the Melbourne Victory.

The Melbourne Victory Afghan Women’s Team played a 0-0 draw in its opening game Sunday in Victoria’s senior women’s competition, only months after 30 players and coaches were rescued as part of an evacuation operation by the Australian government as the Taliban took back control of the country after 20 years and again placed women’s sports in jeopardy.

The Victory are providing their support to the members of the team who relocated to Melbourne. The team held its first training session in February and will play under Victory’s banner this year.

But instead of sporting Victory’s traditional navy blue with a white ‘V’, the team will wear a kit which pays homage to their homeland, a red home shirt and white away shirt with the Afghanistan flag on the back.

The shirts do not have the player’s family names on the back which the players say is to protect family members still in Afghanistan and potentially under threat from the Taliban. Instead the players have their first names or nicknames on their shirts.

The Afghan team was created in 2007, played its first official international in 2010 against Nepal and won its first match 2-0 over Qatar in 2012.

The rise of the Taliban and the subsequent escape of the players also led to the team withdrawing from qualifying matches for Women’s Asian Cup in India in February, which doubled as a qualifier for next year’s Women’s World Cup in Australia and New Zealand.